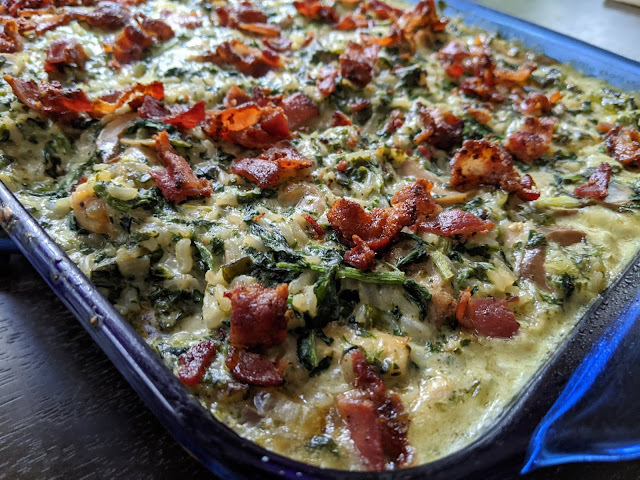 We had a bunch of frozen spinach that I decided to put to use! I pulled it out to drain and set to work deciding what recipe to use it in. I also had some chicken to use - actually we've had a lot of chicken in the freezer! With the various meat shortage issues that have been cropping up, Raeford Farms is one of the companies that has made several visits to the Atlanta area for "Meating the Need" - they've primarily been in SC, but have been within an hour or so drive of me a couple times. The first time I went to pick up chicken I don't think they'd had as much press, and it was pretty easy to just drive up, get a couple boxes of gorgeous chicken breasts, and then bring the meat home. My sister and I spent about an hour dividing it all into bags to be vacuum sealed into about 4-5 lb packages.

My dad went a couple weeks later when they were in town again and had additional items to pick from, he was able to get thighs and drumsticks that time. So our freezer is well stocked with a lot of chicken and I am VERY grateful for that. It's been so hit or miss at the grocery stores the times I've tried to buy protein, and they have such strict limits on everything right now! We've found a local farmer to buy our eggs from for that reason as well. I have been trying to limit grocery store pick ups to every 1 1/2 - 2 weeks, as long as we can go between needing restocks on milk, half and half, and produce essentially. 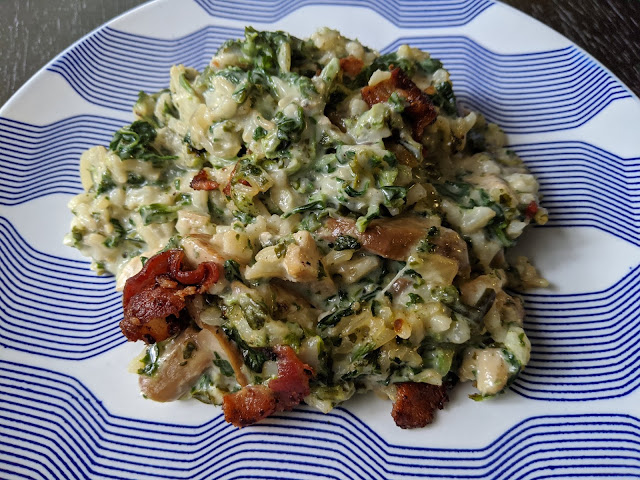 So! This dish actually came about because we needed additional freezer space when my dad was able to pick up thighs and drumsticks - I tried to pull out some of the older items that had fallen to the bottom of the freezer, including a couple packages of frozen spinach. I did some googling for inspiration and came across a spinach sauced chicken recipe, and decided to turn that into a deliciously creamy casserole, using up the last of our tasty Irish cheddar cheese too! It all worked together so well. The bits of crunchy bacon on the top add some nice texture contrast! 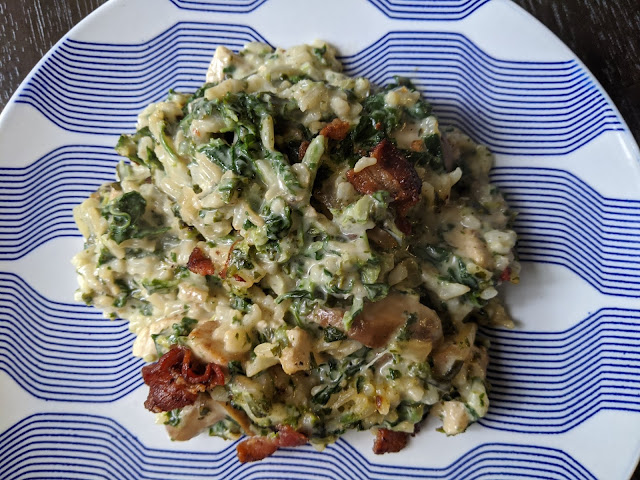