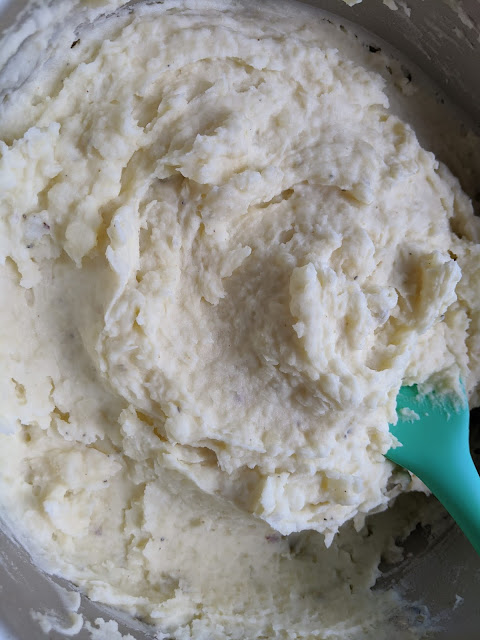 These potatoes are simple, creamy, and delicious which is all you can ask for in a mashed potato (at least in my humble opinion)! I know there are a million ways to prepare mashed potatoes, and everyone has their go to add-ins and prep methods. This is a pretty basic recipe that can be tweaked as desired, but it's a great starting place. 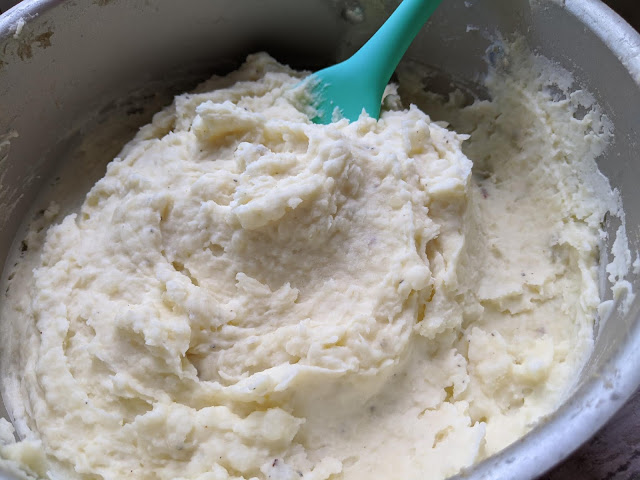 Whenever we're having a recipe with something "saucy" (aka smothered in gravy), I always want a good creamy mashed potato to go alongside! We don't eat mashed potatoes all that often, but they sure are the epitome of comfort food, and they went alongside these cube steaks with mushroom gravy beautifully!
I like my potatoes to have a little bit of texture to them - a little bit of lumpiness and sometimes a little bit of peel too, but if you like yours super creamy, make sure to boil them until they are SUPER tender so it won't take so much whipping to get a smooth texture, so they don't get overmixed and turn gluey. 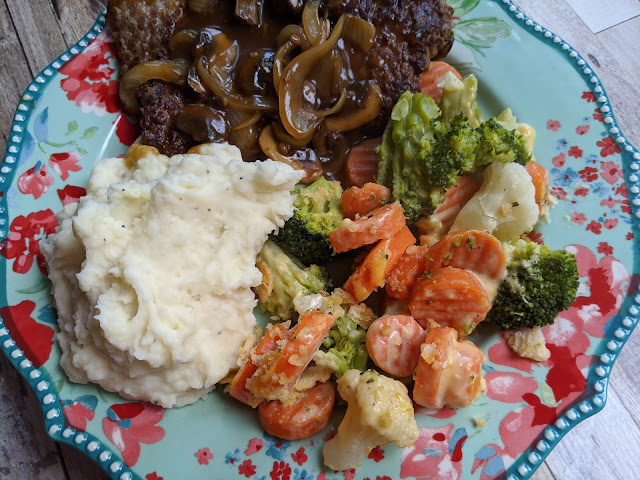