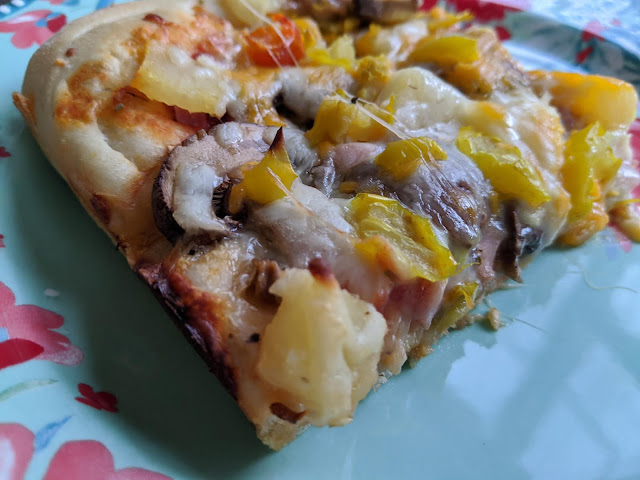 This is my version of a loaded Hawaiian pizza - and the variation that I love to order and make too! I pretty much just add banana peppers and mushrooms to a basic Hawaiian pizza recipe. We didn't have Canadian bacon, we had some ham that needed using so that was the meat of choice for this one. Homemade pizza night is always a fun night - everyone gets to help pick and choose their favorite toppings, and Lindsey loves to get in there and help roll out dough, spread sauce, and sprinkle ingredients. It's so much fun to cook with your kids and get them excited about being in the kitchen! 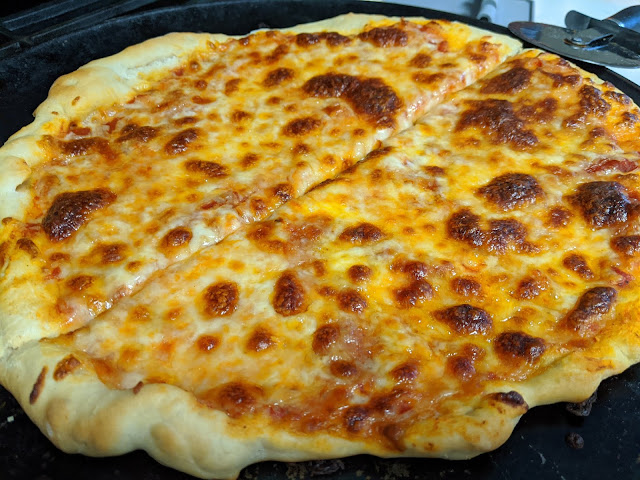 We made two pizzas with the dough recipe below - loaded Hawaiian for most everyone else and the one above was half cheese, half pepperoni for my 6-year old picky baby! She has very distinct ideas of what does, and does not, belong on pizza. If it's not plain cheese, or occasionally light pepperoni, it is not allowed. She's such a funny eater. So picky about so many things - but she loves broccoli, avocado, cucumber, tomatoes, most fruits, etc. She just doesn't like things mixed together. She likes single component ingredients.

So you'll notice below a very *strange* pizza topping addition. You can blame this one on my dad - we grew up with cottage cheese and fresh tomatoes on homemade pizza night. There's something about that contrast of the cold with the hot, and the layer of creamy... it was always a special addition. We don't pull it out very often - we don't keep cottage cheese in the refrigerator all that often - but we had some the night we made this pizza so my sister and I had a moment of nostalgia! 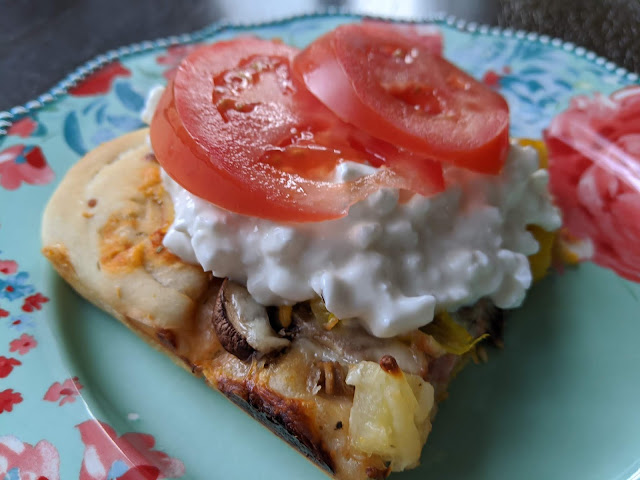