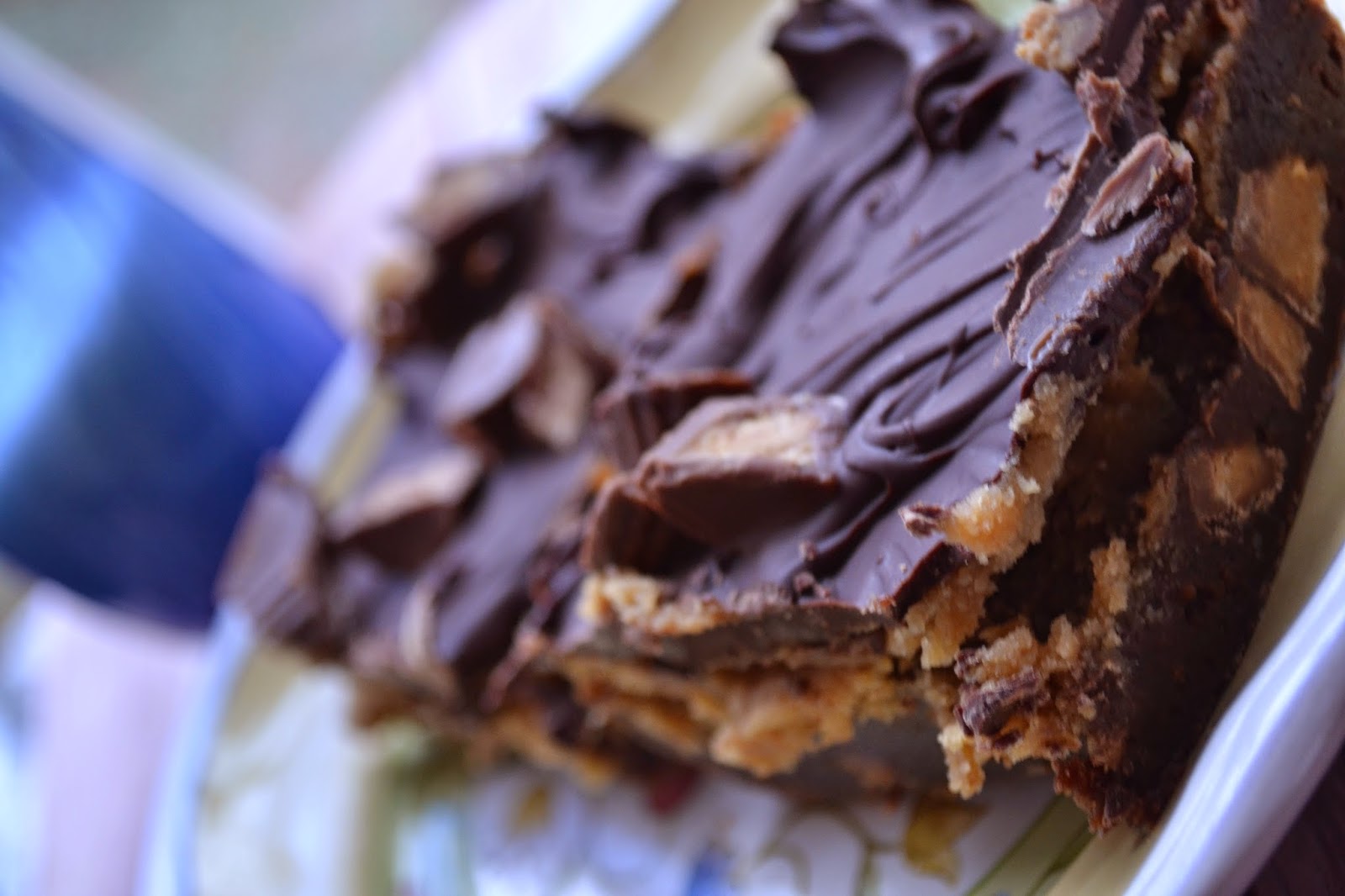 Welcome to another month of #FoodieExtravaganza! This month we are highlighting the ingredient: PEANUTS and our host is the lovely Alexis from We Like To Learn As We Go! I love all things peanuts - peanut butter in particular. I think I almost ate my weight in PB and J sandwiches when I was pregnant with the twins (ok, not quite that much - but a half sandwich was often my "go-to" bedtime snack along with a small glass of milk, and I never got tired of them!) If you would like to participate in the next Foodie Extravaganza, just go to the Facebook page to join.  We would love to have you! 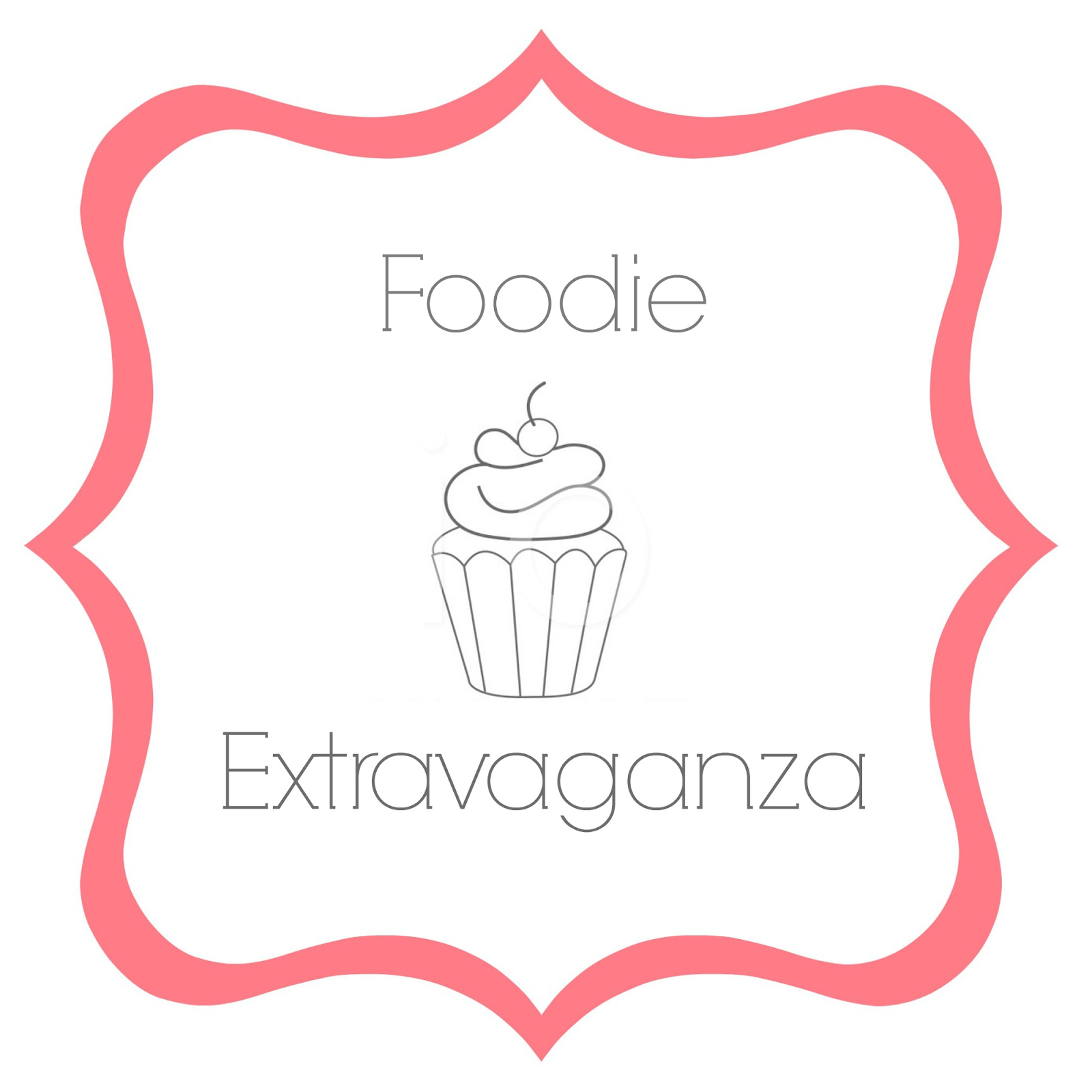 When I learned we were cooking with peanuts this month, I did a quick Pinterest search for inspiration and these amazing looking and sounding Reese's Cheesecake Brownies hit my radar. I was sold. I have had this recipe saved in a draft for nearly a month, begging to be created! 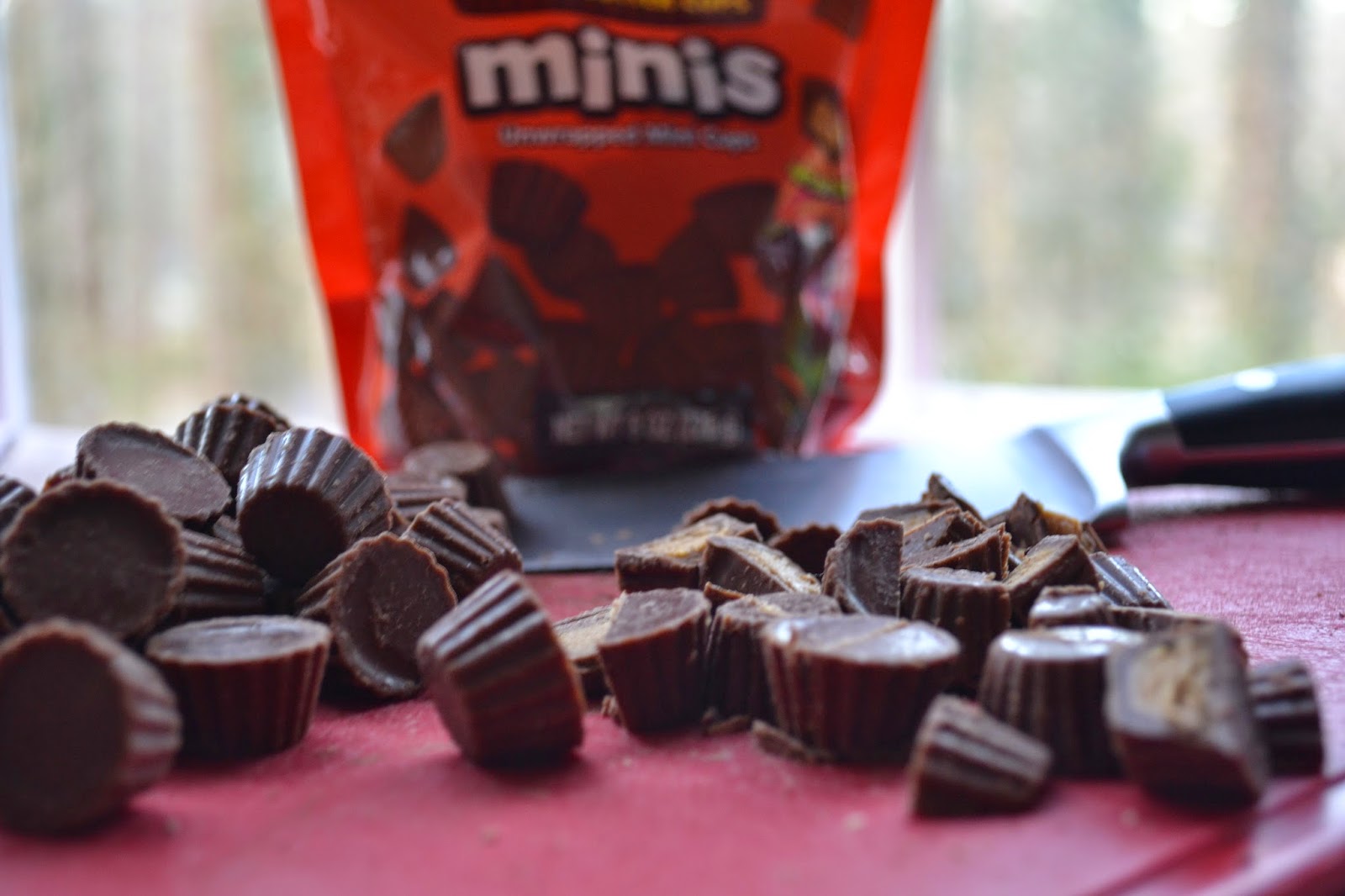 It has been an exceptionally crazy month - we sold our house in Hiram just last Friday and Atlanta has had some ice and snow over the past couple weeks and between those two things our past couple weeks have been a little hectic and crazy. We still had Kenneth's old project trucks at the Hiram house up until about two weeks ago, and then with the bad weather we were limited on which days we could get out to the house to finish clearing out the basement. The rest of the house has been ready for months now, but we had to get Kenneth's F-150 towed to the scrapyard, replace the battery in the Bronco, load up the last couple loads of miscellaneous tools, lumber, and car parts from the garage and get it to the new house. In two days Kenneth almost single handedly accomplished all of that. I was pretty impressed, I must say. His Dad very kindly came out and helped on the very last day of work, and helped get the final load of "stuff" into the trucks, helped Kenneth get the Bronco started, and followed him home to make sure he made it safely (since it's been a LONG time since the Bronco has been driven - it's been up on jack stands getting worked on probably for over a year at this point!) 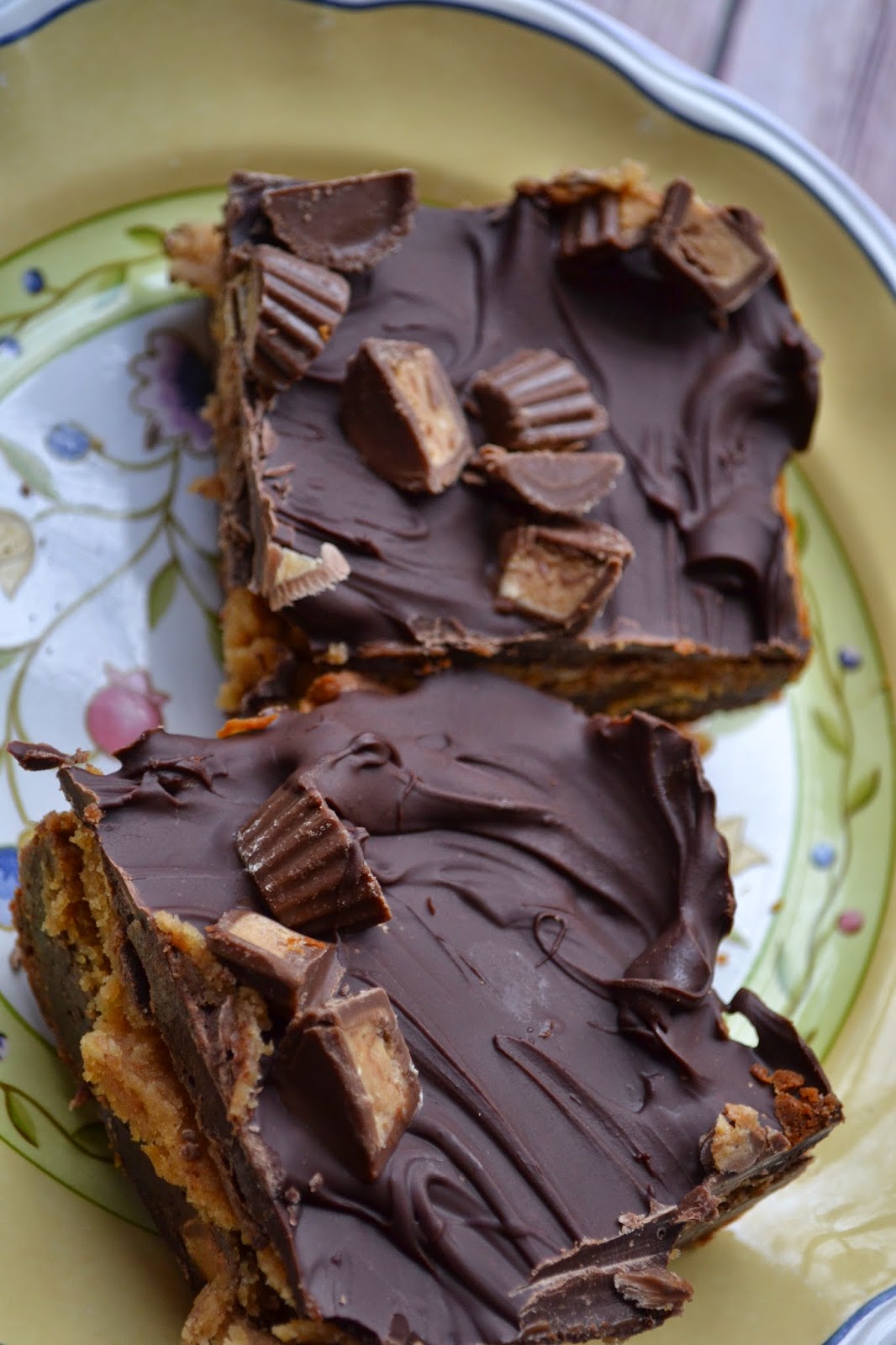 Ok, I am digressing... a lot. You want to see creamy, peanut butter, chocolaty goodness! And this recipe absolutely delivers all of that and more. I used my new favorite kitchen tool to blend the brownie batter together. The brownie batter gets a generous helping of chopped mini Reese's and then poured into a 9x13 pan lined with Reynold's nonstick foil. The peanut butter cheesecake layer is whipped until light and fluffy, and gently spread over the brownie batter. This beautiful concoction is baked for 35 - 40 minutes, until set, then refrigerated for an hour until cooled through.

A generous layer of melted chocolate is smoothed over the baked cheesecake and more delicious morsels of mini Reese's are distributed over the warm chocolate - then back to the refrigerator to chill just one last time so the chocolate layer can set up.

These are VERY rich - make sure you have a glass of cold milk to wash them down, and cut the pieces small. They are SERIOUS chocolate fix deliciousness! The brownie layer is very rich and fudgy, the cream cheese layer is creamy and peanut buttery - and this is an amazing combination of the two flavors and lots of textures that complement each other for an incredible sweet tooth fix. These were a huge, huge hit in my house - my husband and son were practically swooning. They each downed 2 (fairly large) pieces the very first night we cut into these, which is always a sure sign of praise and approval from my recipe critics! Of course, I guessed these would be a big hit with them both since they are both huge Reese's lovers and fanatics - it's an oversized, soft, creamier, fudgier version of a Reese's, how could I go wrong?! 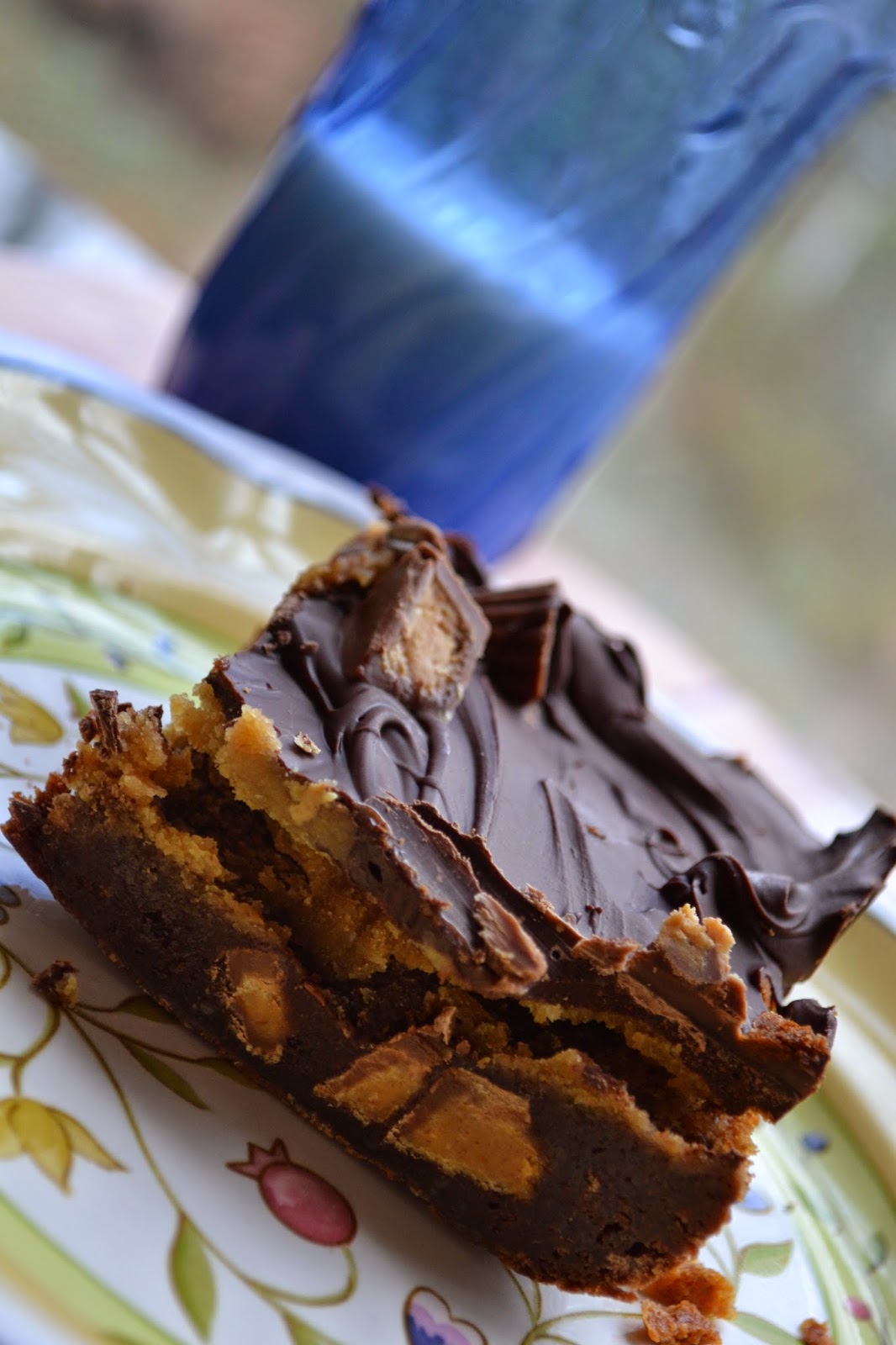 We have a great variety of yummy recipes from main dishes to desserts to share with you. 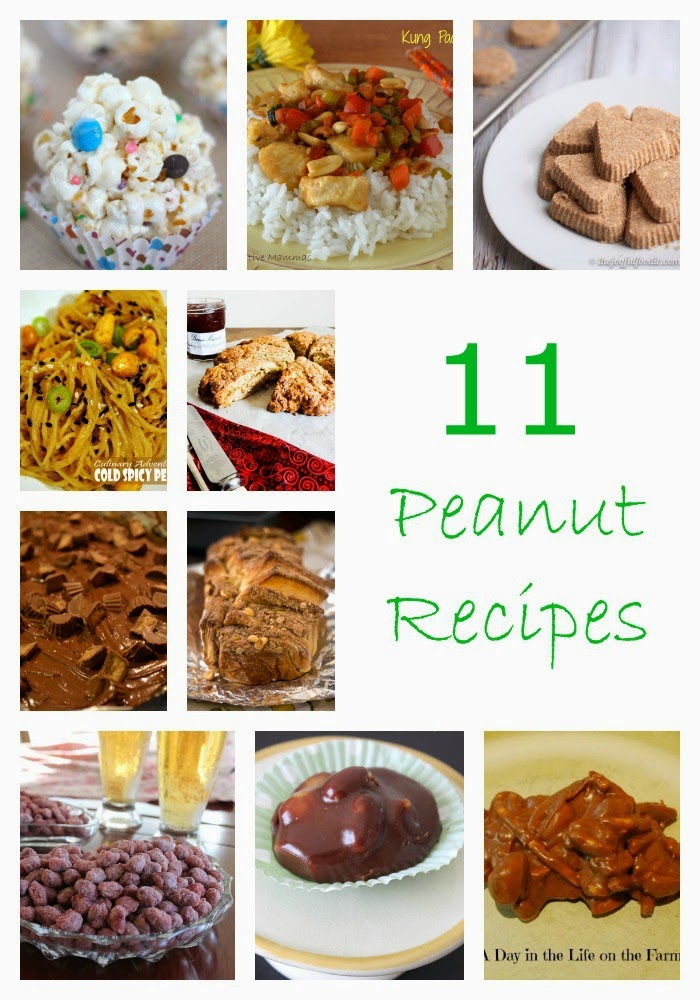