While hubby is recovering from back surgery (we've made it past the 1 week post-op point! Yay for small milestones!!) I've had to make a lot of "soft foods" for him the past few days which has been fairly limiting since nothing seems to sound good to him! We've been doing a lot of pasta with light sauce and seasoning, jello, bananas, oatmeal and last night he had some strawberries and a bite of banana bread which seemed to go down ok. This one I made for him I think the second day he was home when he was hungry but worried about what to eat, not wanting to do anything wrong to make recovery any harder. I know he loves sweet potatoes and though he usually enjoys them baked, I figured mashed would be do-able for his stomach. 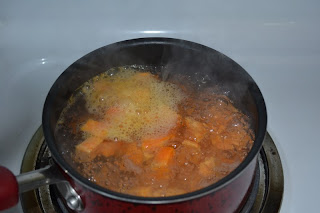 I started with one large sweet potato, peeled and cubed small. I put a pot of water on to boil and added the potato and boiled about 15 minutes until very tender. 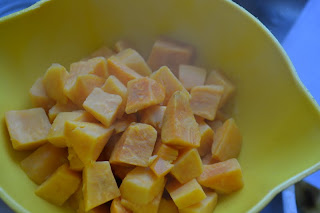 I drained the potatoes over the sink. 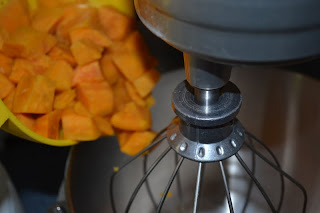 Next I dumped them into the Kitchen Aid and when ahead and mashed them up a little before adding anything. 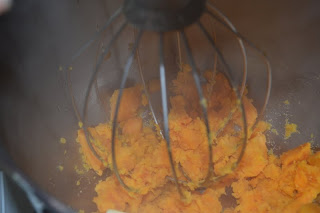 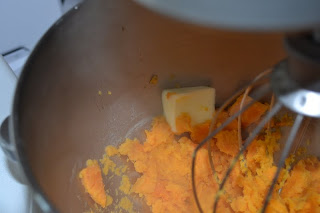 I started with about a Tablespoon of butter. 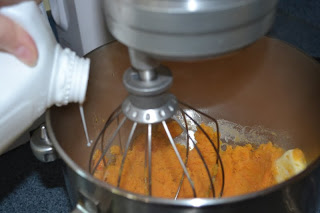 And about 2 Tablespoons of milk. 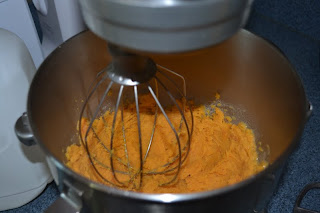 I whirled those around again a minute or so to make sure the potatoes were at the right creamy consistency. 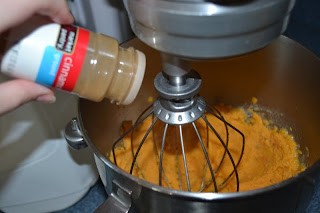 A couple shakes of cinnamon. 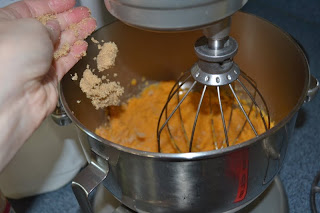 Followed by about 2 Tablespoons of brown sugar. 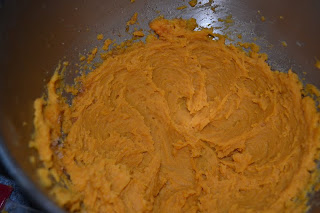 Let those combine well and voila! 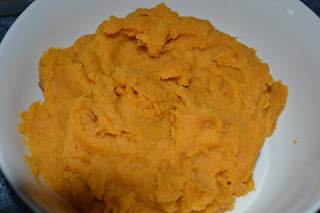 Quick and easy and really, really yummy!! Even my son who doesn't like sweet potatoes (I admit I'm generally not a big fan either) really liked the way these tasted. Perfectly creamy and sweet and easily adjustable to your tastes! I didn't measure when I cooked these up, so the amounts are guesstimates but this one is pretty easy to tweak however by adding a little less or a little more of any of the ingredients! :)

Directions
Put a medium sized pot of water on the stove to boil. Peel and dice potato, when the water is boiling, add potato and boil for 15 minutes or until very tender.

Drain water off and put potatoes into a bowl and use a mixer to mash a little. Add butter and milk and mix again, adding more of either ingredient as desired until desired consistency is reached. Add brown sugar and cinnamon and combine well. Taste, and add more if needed.