I was linked to this recipe from Heather's Dish which linked me to the Picky Palate! I have been in the mood for tacos with corn tortillas but Kenneth says he's had too much Mexican lately - I guess I have been craving it a lot, between 2 visits to Chili's, a visit to Moe's and fixing it at home twice in the past few weeks it adds up! :) So, I was browsing through some food blogs today and stumbled upon the Cheesy Pepperoni Pizza Quick Bread recipe and thought AHA! Pizza always goes over well with Kenneth and this sounded like something I would enjoy trying out and he would enjoy eating - perfect! I thought I had a bag of pepperoni in the refrigerator that could be used for half and I could do cooked, crumbled sausage on the other half for Kenneth since he's not a big pepperoni fan - however when I got home, I discovered the bag of pepperoni had moved on... as in I had forgotten about it for a little too long and it needed to find it's way to the trash can! Oops! So I decided to try the whole bread with sausage (which turned out to be a good idea since you have to mix the meat into the batter which I didn't realize before my original 50/50 plan!) 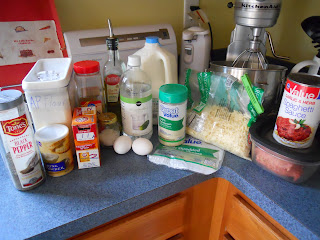 I started with a kitchen counter full of ingredients! 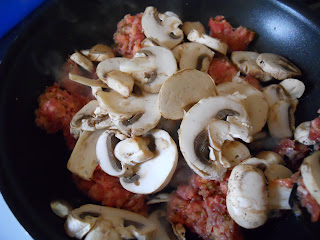 About 1/3 pound of sausage and about 3/4 cup of fresh mushrooms went in the skillet over medium with a sprinkling of garlic powder and Italian seasoning. 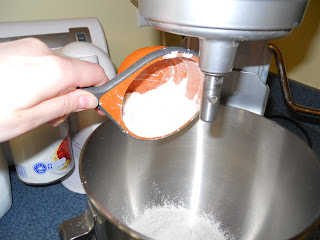 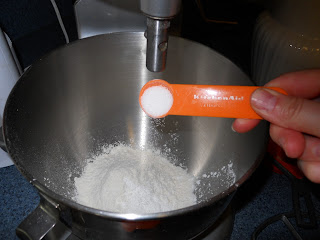 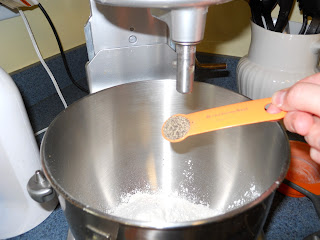 The dry ingredients went into the mixer and were combined. 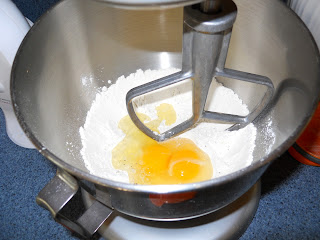 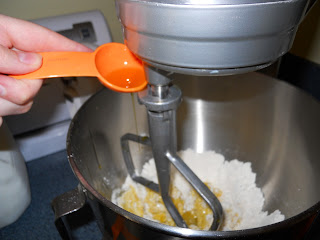 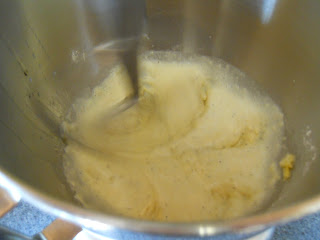 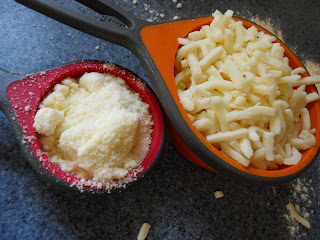 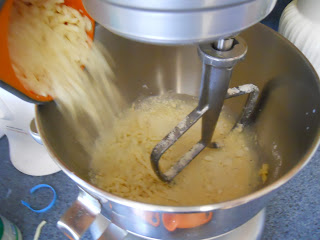 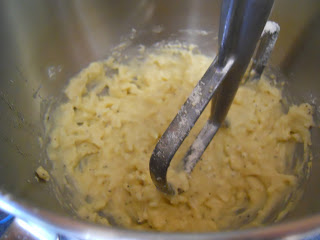 The cheeses went in next (I didn't have enough shredded Parmesan for the batter, so I used grated for that along with the mozzarella). 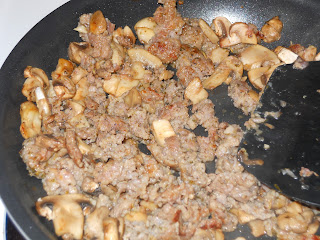 The sausage and mushroom mixture had cooked through.﻿ 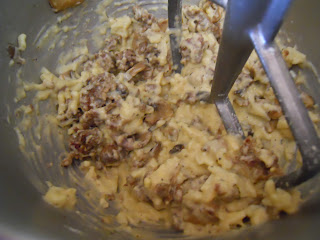 I added that into the batter mixture and stirred just until combined. 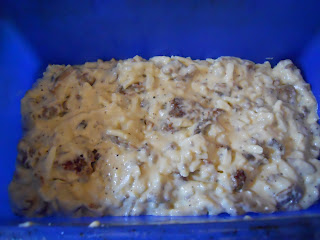 Half of the batter was layered into the pre-greased loaf pan. 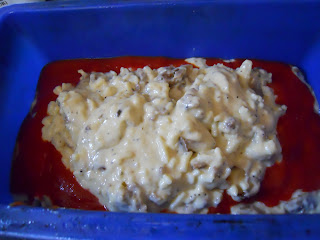 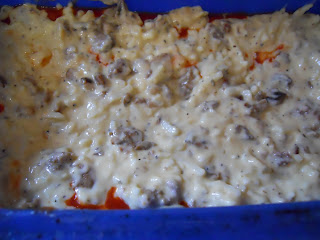 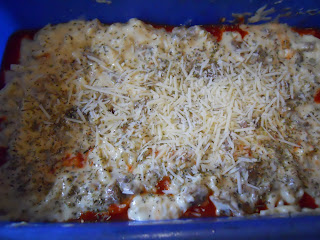 Next came 1/2 cup of marinara, topped with remaining batter and then a tsp of Italian seasoning and a sprinkling of shredded Parmesan! It went into the pre-heated oven for 50 minutes. 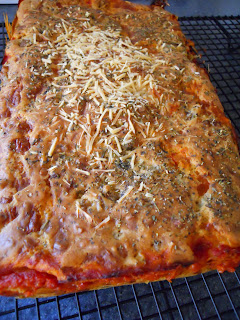 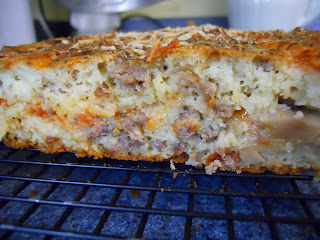 This was the finished product! It looked very pretty, and was definitely something different for pizza night! It was great cut in slices (makes about 8 slices according to the original recipe) and served with a side of marinara for dipping and alongside a fresh, crisp Caesar salad!﻿ Kenneth thought the texture was a little too "quiche" like for his personal preference (he is Mr. anti-egg!) but he thought it was pretty good taste wise.
I would like to try this again and follow the original recipe with pepperoni! Yumm! :)
Email Post
Labels: dinner