The ultimate southern comfort breakfast food - at least according to my handsome hubby! Kenneth loves biscuits and gravy. Me, not such a big fan. I haven't really eaten them since we left California; I can't remember if I used to like them and stopped liking them after I had my gastric bypass surgery, or what the deal is, but in general I just don't like sausage much anymore. However, I am happy to fix this for Kenneth and Kent on the weekends, usually a couple times a month.

I have pretty much always eyeballed this recipe, but tried to include the basics below! 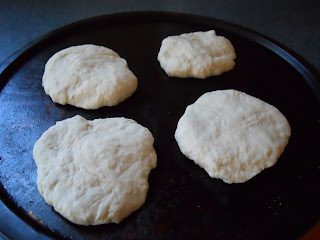 I usually use Bisquick Heartsmart for the biscuits - I use 1 1/2 cups of mix with 1/2 cup of 1% milk and split that into 4 biscuits. Those go in the pre-heated oven at 450 degrees. 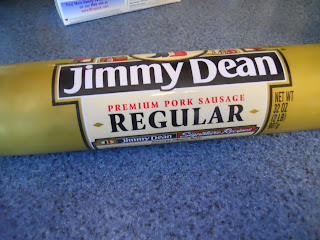 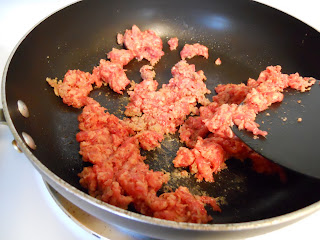 About 1/2 a pound of sausage goes in the non-stick skillet over medium heat and gets broken up. 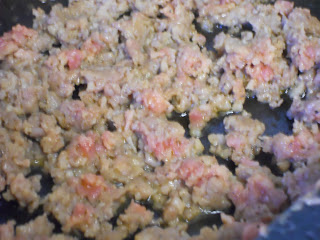 As it browns I usually turn the heat down to a 3, so the grease won't cook off - you need that to soak up the flour! 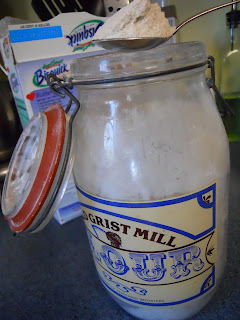 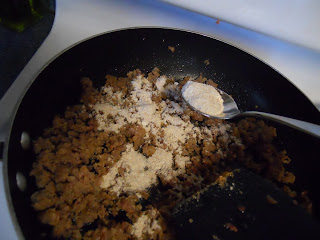 I use a large spoon and sprinkle about 2-3 large spoonfulls over the sausage - however much it takes to soak up the grease. 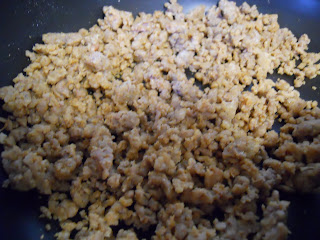 After the flour is stirred in and soaked up, the sausage looks a little "puffed up" compared to before! Now it's time for the milk! 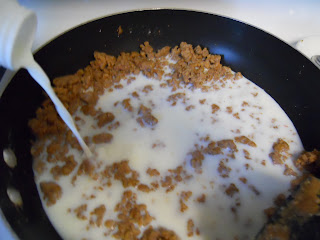 I pour in enough to cover the meat in the pan and turn the heat up high. 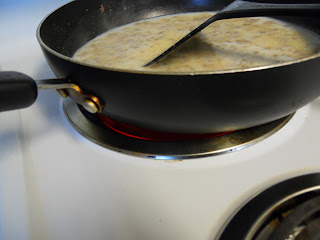 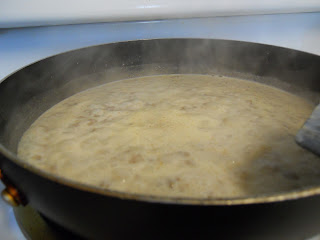 As the heat causes the mixture to start bubbling I usually turn the heat back down to medium and stir frequently to prevent sticking, it will thicken up and the color will get darker. After it's bubbled at least a minute or so I turn the heat off and let it sit. 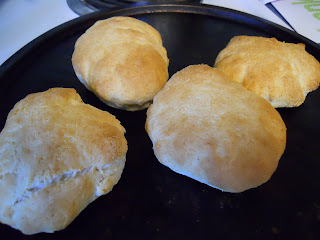 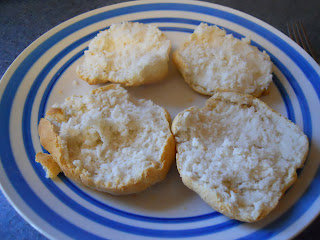 The biscuits are all pretty and golden brown now after their 10 minutes in the oven! I split two and put them on a plate. 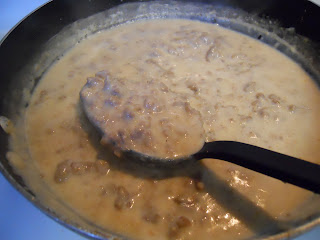 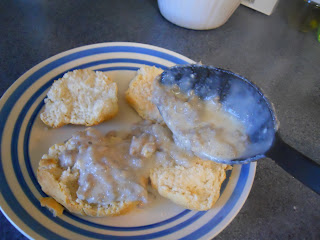 Drizzle a few heaping spoonful's of gravy over the biscuits and... 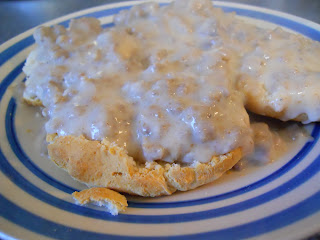 
Ingredients
4 large biscuits, baked
½ lb sausage
2 TBS flour (a little less, or more as needed depending on how much grease you need to absorb)
2-4 cups milk (as much as needed to achieve desired consistency)
Salt and pepper to taste