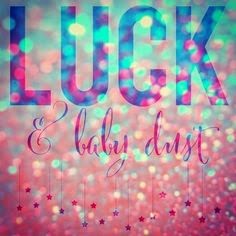 So, remember back in OCTOBER of LAST YEAR when I gave you an update that I was matched, and had already had my consult with the RE and blood work drawn...? Well, I am ecstatic to report that three months later we are officially CLEARED TO CYCLE and have contracts signed!! 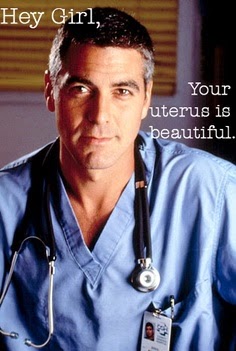 In the past three months I had to have multiple repeat blood draws (one for an initially slightly elevated thyroid level that was fine the second time, and the other for what turned out to be a false positive, but really prolonged the med screening process). I had my uterine evaluation during that time, and Kenneth had his lab work too - both which were quick, easy, and all good! The RE made a comment when we were doing the uterine evaluation about how he knew he was doing an evaluation on a multipara compared to someone who hadn't carried before because of how quickly my uterus relaxed and filled with fluid - plus I didn't even really feel it, and it can be fairly uncomfortable if it's been awhile since you were last pregnant, or you haven't carried before. He also told me that my uterus passed "with flying colors"! :) Yay - go uterus! :)

Kenneth and I went on Friday to the attorney's office and signed and initialed everything we needed to, and then those were sent to the IPs who completed signing yesterday. The legal clearance letter was sent to RBA today, so we're pretty much set!

What happens next - I should be getting an e-mail or phonecall from the clinic hopefully before the end of the week notifying me that meds have been ordered. Once that happens, I will notify them of my next period and start lupron on CD 21. When I get another period after starting lupron, I'll notify them again and then we'll start the process of baseline ultrasound, starting estrace, etc. Then hopefully my lining will cooperate, and not long after starting estrogen we'll be getting the ok to transfer - fingers and toes are crossed!! :)

So much has happened in the last three months, it really feels like it has completely FLOWN by, but at the same time it seemed like time was standing still some days while we were waiting on one thing or another. I am just relieved and excited to be at this point and so hopeful for all that is to come in the future. Praying for nothing but wonderful and good news for my IPs very soon! :)