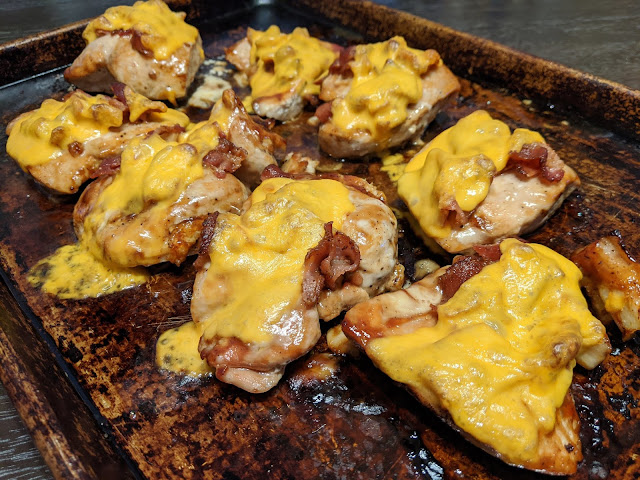 I have been making this recipe for Y E A R S... Case in point, the first time I shared it on the blog was in 2012... it needed an update! There's a lot of older recipes I've shared that I'm hoping to update over the coming year. In between all the new stuff I want to try out in the kitchen and share with you!

This is an easy and delicious dinner that comes together well for a busy work night meal - the combination may seem odd, but it's very tasty! The ranch adds a touch of creaminess, but the majority of the flavor comes from the teriyaki sauce, and then of course that touch of cheese and bacon on top (because cheese and bacon). 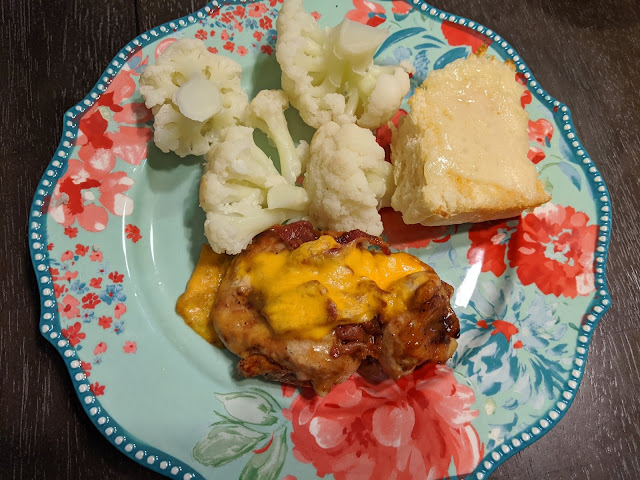 I made some homemade buns not too long ago, and we cut those in half and gave them a healthy (unhealthy?) dose of garlic butter, and topped with a bit of havarti cheese, those went in the oven for 10 minutes while the chicken finished baking, and we served that up alongside some steamed cauliflower. Delicious! 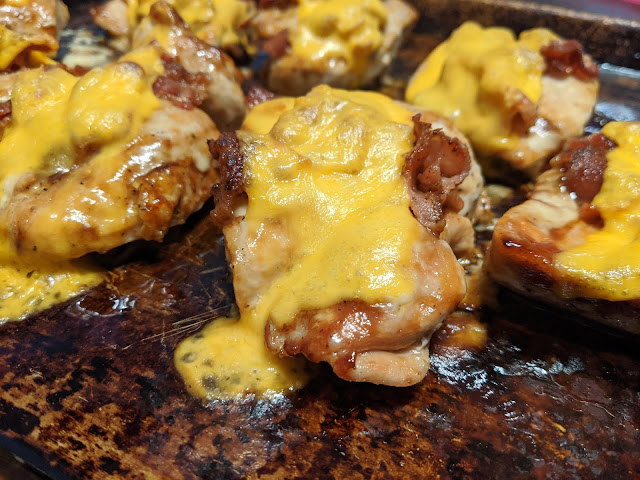