What is there to not love about french toast - golden browned bread with a sweet hint of vanilla and a dash of cinnamon and then drenched in thick delicious maple syrup! What a happy way to spend a breakfast! :) This is the recipe I've been using forever - I don't even know if I've ever actually "seen" a recipe for it, or just remembered how mom made it and copied what I remembered (and I usually don't bother measuring anything, just eyeball it, but I did for this one to make sure my guesstimates were right)! :) 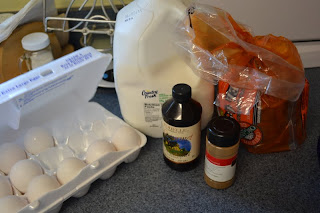 Start with all the basics - eggs, milk, vanilla, cinnamon and your favorite bread! 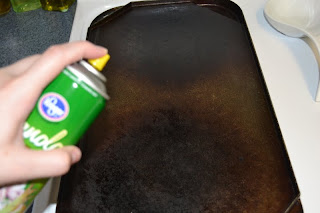 Spray a griddle with cooking spray and heat to medium. 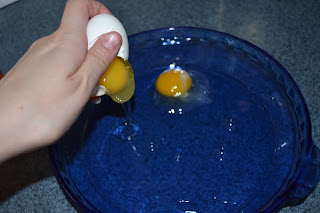 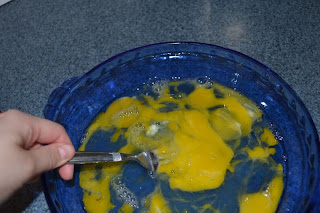 Whip them up well. 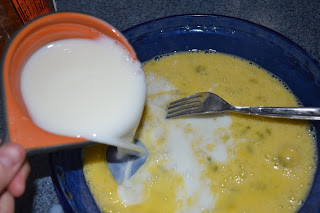 Add in a cup of milk. 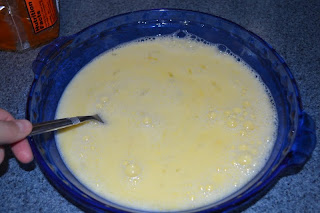 And stir LOTS more 'til you get that creamy light yellow color. 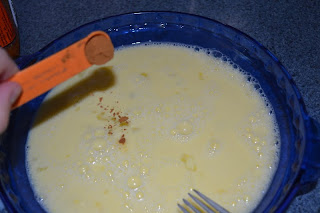 Next comes the cinnamon. 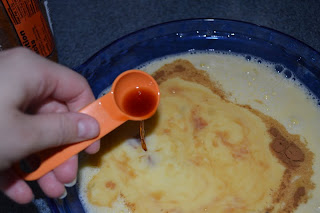 Followed by the vanilla! 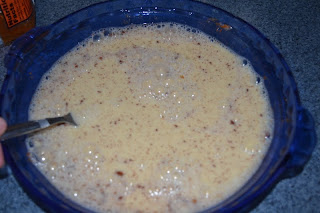 All mixed up and ready for the bread! Cinnamon is hard to stir in completely with a fork - a whisk would work better here I think! :D 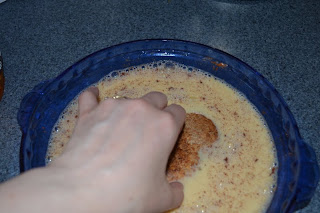 I don't let the bread soak in there long , but a few seconds on each side. 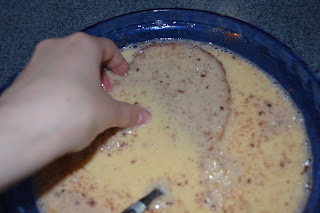 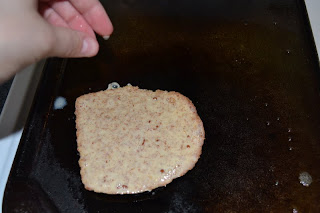 And onto the pre-heated griddle! 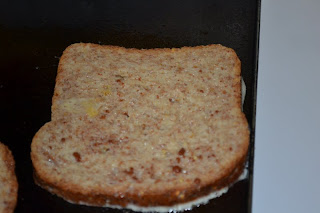 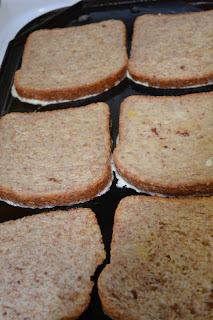 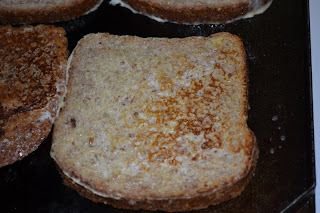 Flip when golden brown! About 3 minutes on each side, depending on how hot the griddle is. 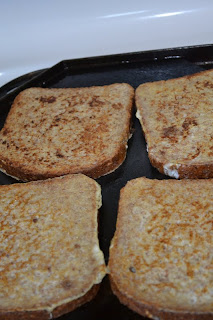 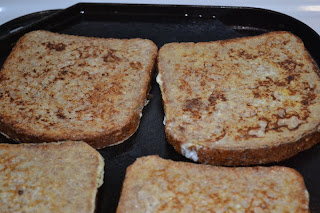 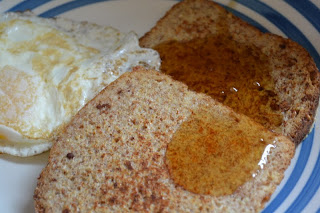 Then the fun part!! Kent and I like ours with a fried egg and then of course a drizzle of yummy syrup! 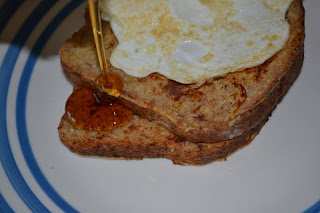 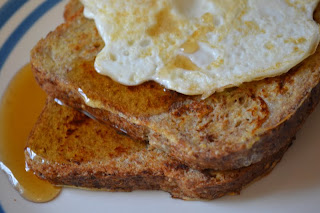 Mmm... pretty! And SO tasty!! I love french toast for breakfast. Super quick and always tastes great, and reminds me of many childhood breakfasts too since we enjoyed french toast on a fairly regular basis at our house!
Serves: 4

Dip bread on both sides in egg mix and place on heated griddle. Cook approximately 2-3 minutes per side or until golden brown.