I had my eye on Pioneer Woman's Chicken Parmigiana recipe and decided to try to throw that together one evening when Kenneth was feeling picky but Chicken Parm sounded good. I realized I didn't have the crushed tomatoes called for in the original recipe, so I decided instead to be a little lazier and used a can of spaghetti sauce instead for the sauce!! 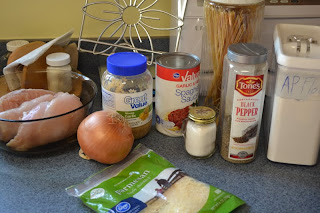 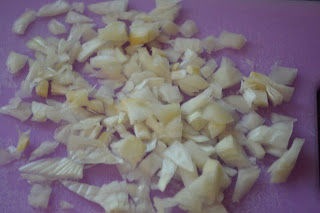 Started with the diced onion. 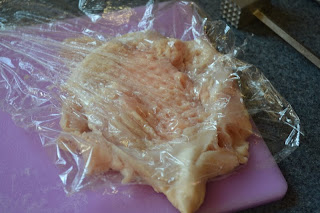 Then pounded the chicken breasts to get a uniform thickness. 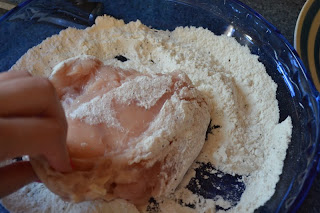 Dredged in the flour mixture. 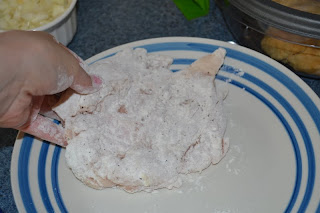 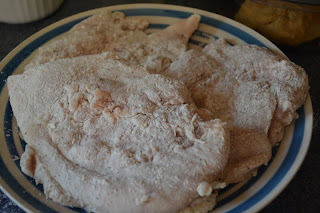 Set the floured chicken breasts on a plate while I prepared the skillet. 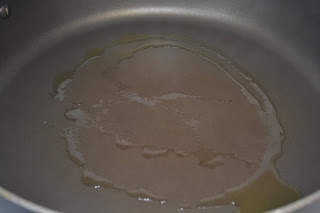 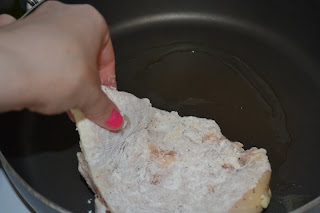 Added the chicken breasts (are you digging the hot pink nails?!) 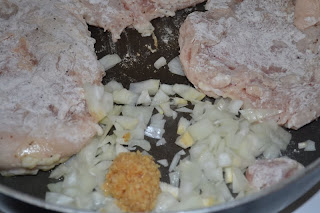 Followed by the onion and minced garlic! 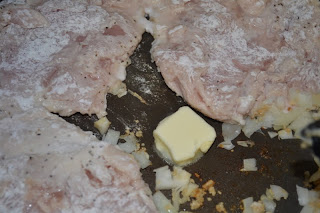 I originally left out the butter, but realized I needed some to get that good brown on the chicken! 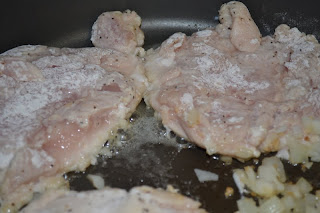 Letting the butter sizzle and do it's thing! 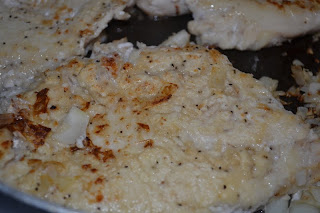 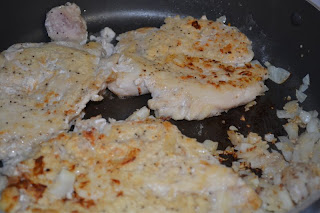 Flipped the chicken once it was browned. 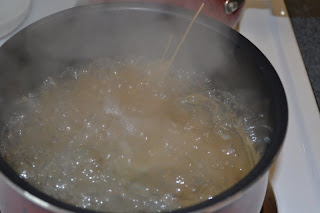 The pasta went into the boiling water. 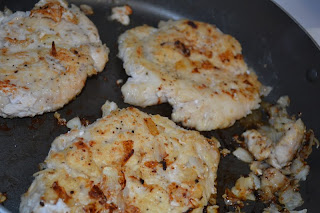 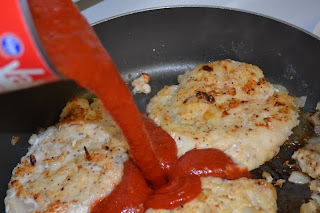 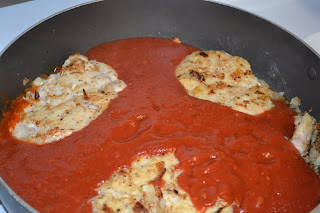 In went the spaghetti sauce. 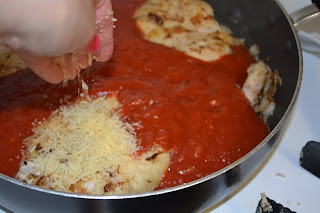 Followed by the Parmesan cheese. 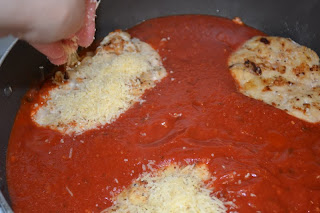 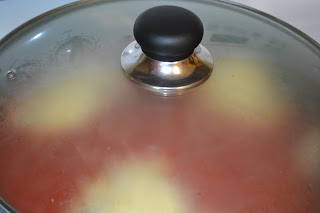 I put a lid on that and let it simmer for about 10 minutes to make sure the cheese melted and the chicken was cooked through. 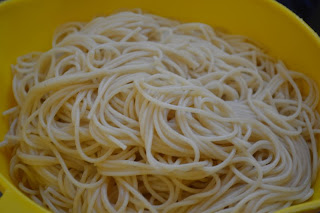 Drained the pasta and got that ready. 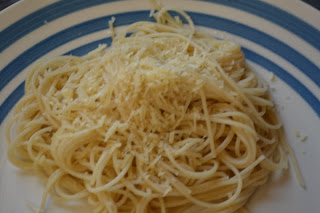 Put a serving on a plate and gave a liberal dousing of Parmesan! 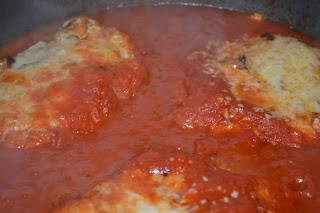 The chicken was looking beautiful! 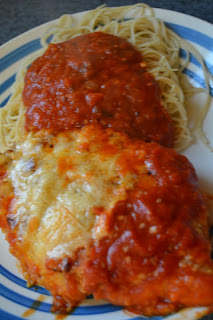 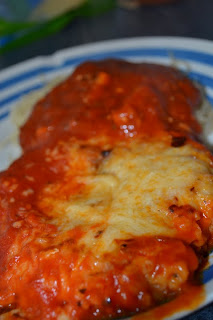 All plated up, looking ooey, gooey and delicious! This was a great meal and this was a quick and easy way to make it on a weeknight!
Slightly modified from Pioneer Woman's Chicken Parmagiana

Mix flour, salt, and pepper together on a large plate.

At this time, you can start a pot of water for your pasta. Cook linguine until al dente.

Heat olive oil and butter together in a large skillet over medium heat. When butter is melted and oil/butter mixture is hot, fry chicken breasts until nice and golden brown on each side and mostly cooked through, about 10-15 minutes total. Cook the onion and garlic along with the chicken.