We were looking for a side dish for our grilled pork chops the other night and I came across this recipe. Scalloped potatoes sounded good - and we'd recently gotten a new "toy" that had a mandolin slicer attachment I've been wanting to try out! Being that I have a propensity to hurt myself on sharp objects in the kitchen, hubby took over potato slicing duty, though the slicer may even be Beka-proof; I think I'll be safe to use it next time something needs some slicing! 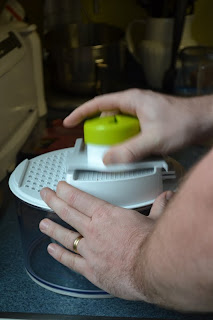 We started by slicing up about 6 medium sized red potatoes. 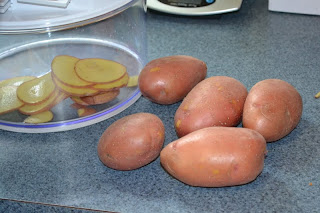 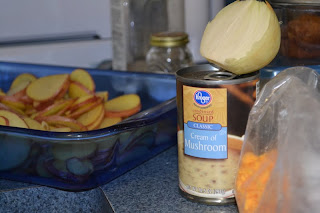 Sliced potatoes, a can of cream of mushroom, an onion and some cheddar cheese are all you'll need for this one! 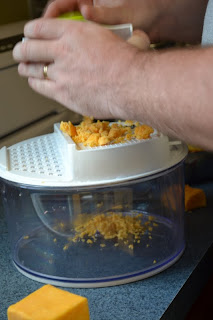 We tried the grating function on the new "toy" next - worked well except the cheese was previously frozen so fairly crumbly which made it a little difficult! 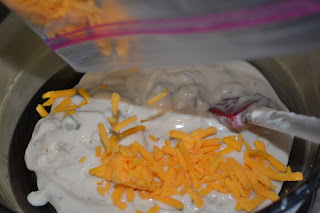 The shredded cheddar and soup went into a bowl. 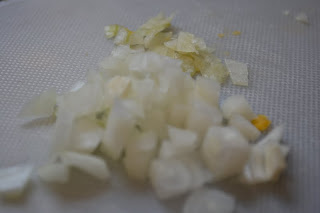 Followed by some diced onion! 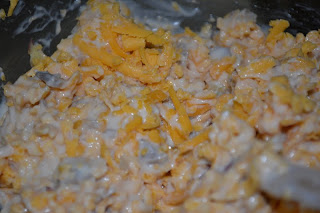 That was all mixed together. 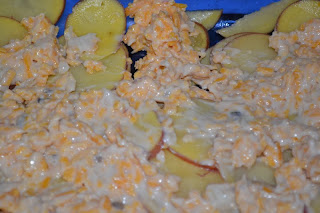 Then about half the potatoes were layered into a 9x13 dish and half the cheese mixture was spread over them. 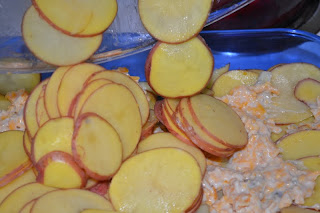 The rest of the potatoes were evenly distributed. 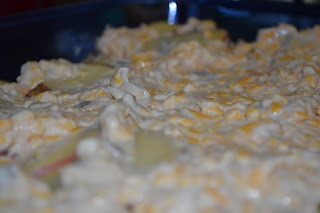 Followed by the last of the cheesy mixture! 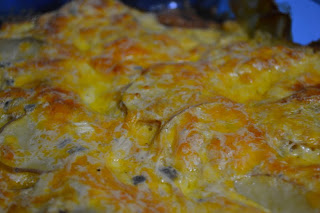 This baked for about an hour and came out creamy and cheesy! 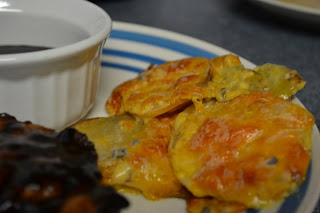 This was simple, tasty, cheesy and easy comfort food!
Ingredients

You may want to cover with foil for the first 30 minutes or so and then remove cover so it can brown; I didn't try it this way and I found some of the potatoes were still a little firm even after an hour of baking uncovered and think if I make these again I'll try foil for the first 30 minutes to see if that helps cook them any faster so they'll all be tender after the 1 hour mark.