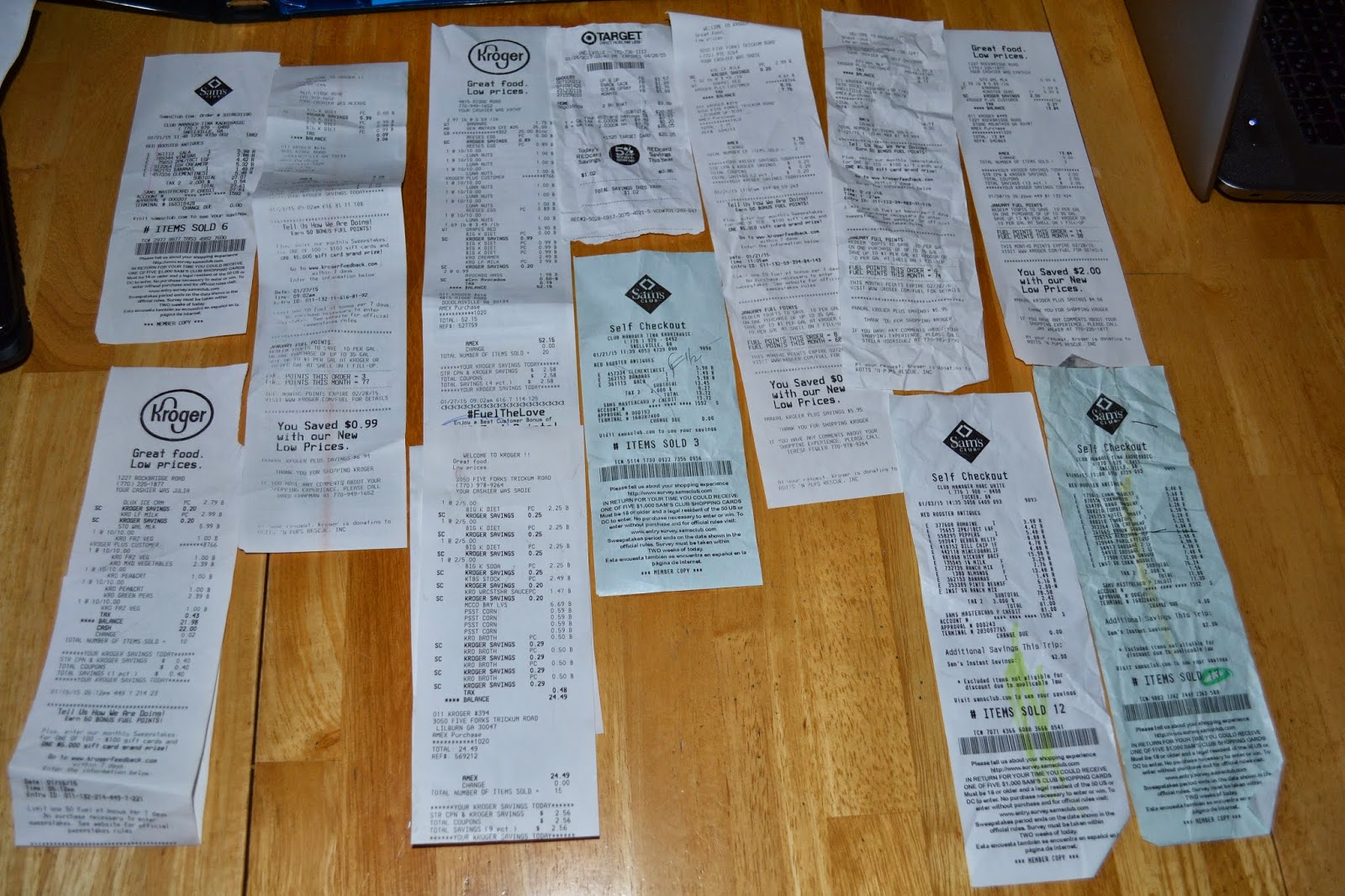 So January was our first month attempting to do one large grocery shopping trip at the beginning of the month and staying out of grocery stores the remainder of the month. We failed.

Overall it wasn't awful - it's not like we did any big trips anywhere else in the middle of the month, but as our pile of receipts attests, there were numerous stops to the grocery store(s) in the month of January.

We ran out of the last of the fresh produce a little less than a week before January ended which was to be expected, and seemed reasonable to me (we keep plenty of vegetable options via cans and frozen, so I wasn't worried about that). As you can see by what we actually purchased in January, we were using produce that had been purchased in December (towards the end of the month, so we still had enough that I thought most of it would last through at least close to the end of January - mainly the potatoes, onions, etc.).

Positives this month:
I have a long way to go yet, and don't think we'll have it down completely in February, but hopefully it will be better than January!

We'll be finishing up our shopping for February this weekend, and then see how we do for the upcoming month. Fingers crossed!