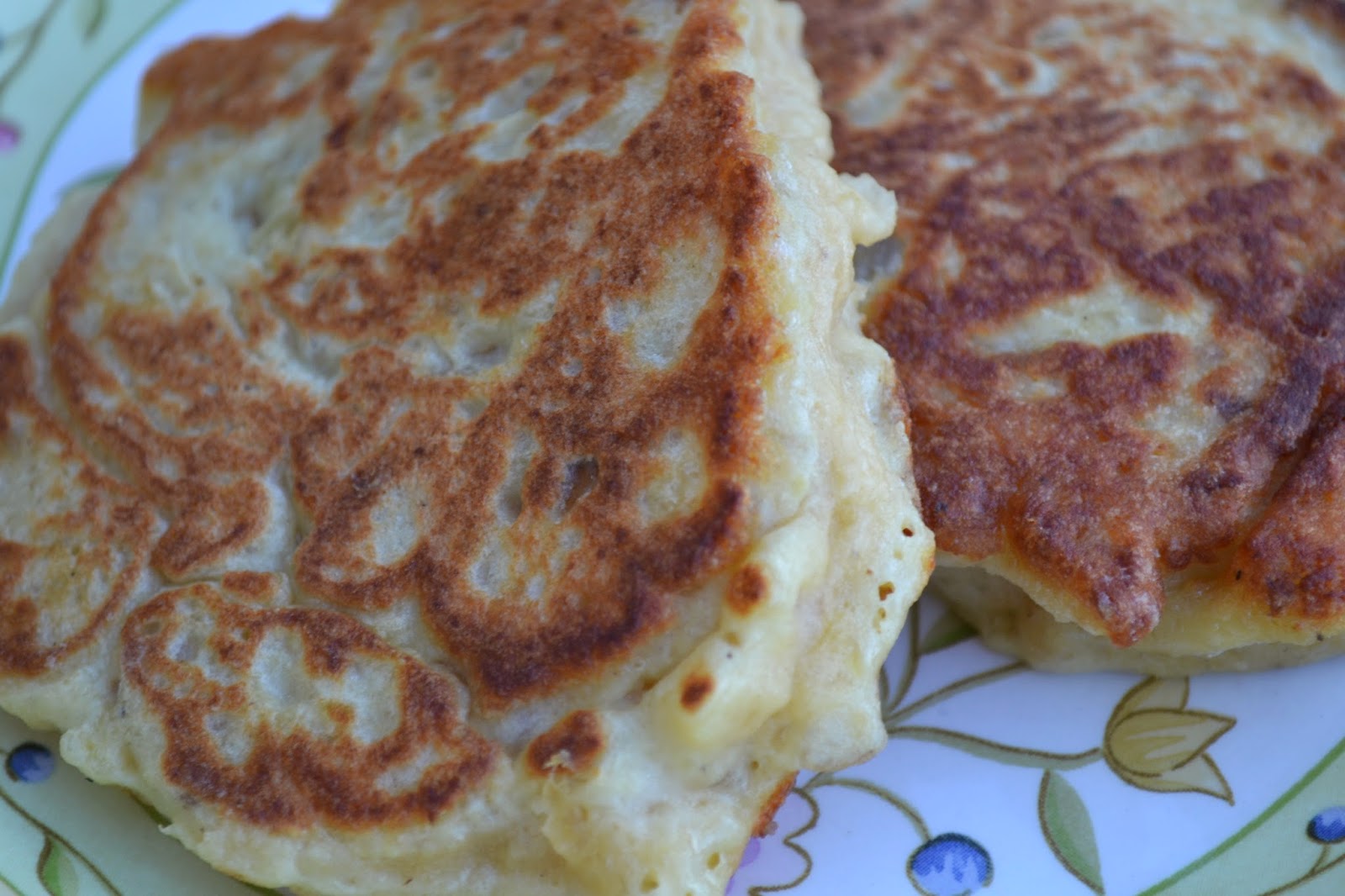 These soft, pillowy concoctions came about during a leftovers purge from the refrigerator! I had a small container with potato "guts" that had been scraped out I think when I made baked potato skins. So what do you do with baked potato meat... hmmm... For whatever reason potato pancakes popped into my head. It sounded like a fun way to use up the potato and something new I hadn't tried in ages. I did a quick search on AllRecipes to get some ideas. I found Cheesy Potato Pancakes, German Potato Pancakes, and Potato Pancakes (to name a few)! I wanted mine to be fairly simple and keep the ingredient list small, so I just blended a few things together until I got a consistency I thought would work, plopped them into a pre-heated cast iron skillet and voila! Little fluffy potato pancake bites! I am still not 100% sure what all I think would work well to serve these with. I have seen a lot of the other recipes suggest pretty much anything you would normally serve something like a baked or mashed potato with (pork, sausage, roast, etc.). Many of the other recipes include some form of milk or sour cream and baking powder as well - so I'm sure there are a lot of ways you could make these, just depending on the texture / flavor you'd like. This was a very simple version that worked well for me and I liked the pillowy texture that they had! Next time I make these, I definitely want to give the cheesy version a try (plus it has bacon in it... bacon makes everything better!)