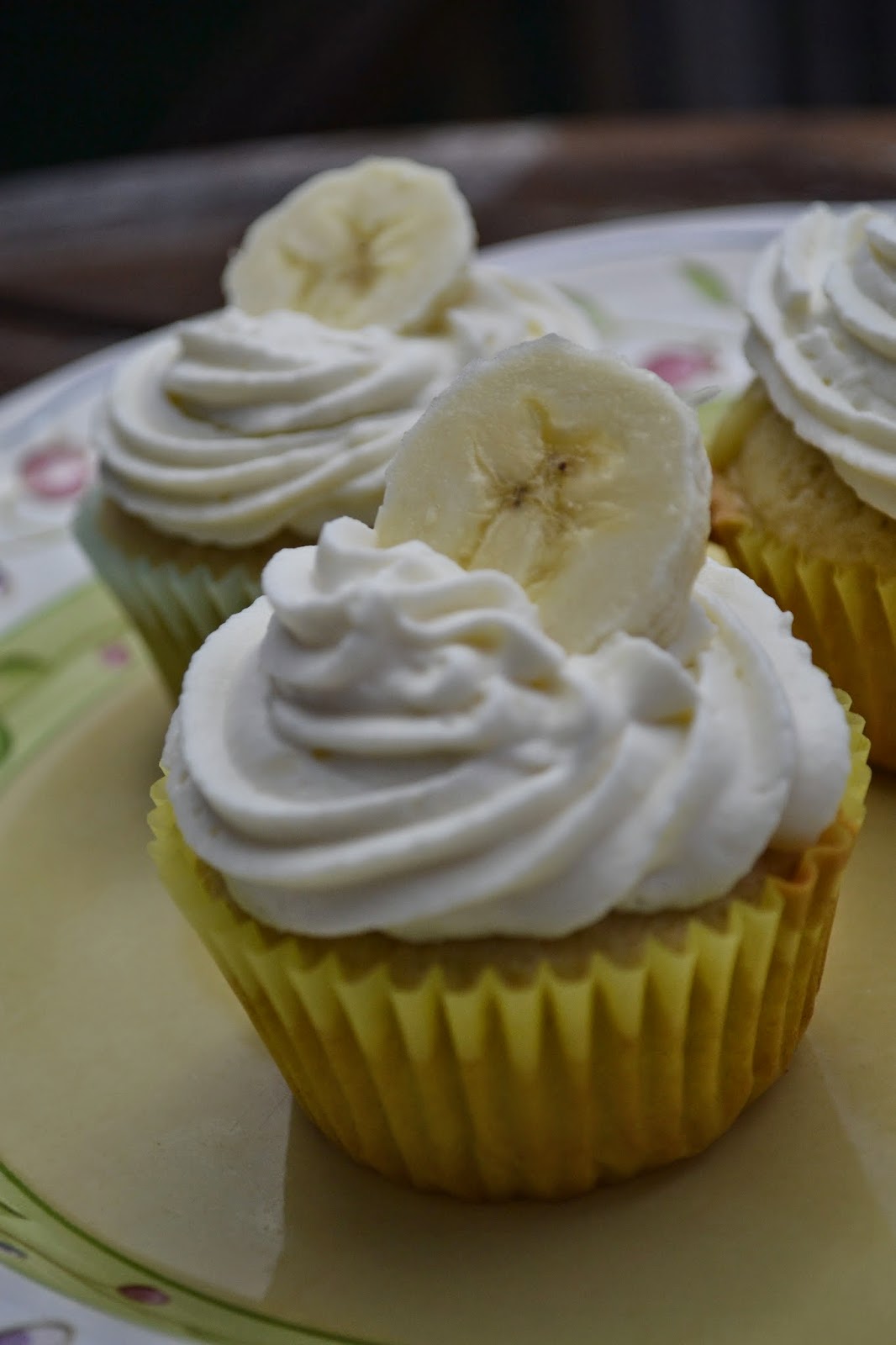 We are getting ready for a big 1st birthday bash around our house - Lindsey is turning one very soon and her party is Sock Monkey themed so I've been trying to find some banana themed goodies to serve. A friend of mine who makes a lot of yummy cupcake combos suggested banana pudding cupcakes, so I found a recipe and gave them a try. They were SO good. We all loved them!! My hubby is a huge banana pudding fan, and he and my son ate these up in no time flat. It also gave me an excuse to try out my cupcake corer and the frosting tips I just bought, so yay! :)

We will be making these again soon, and I hope everyone at the party enjoys them as much as we did! The original recipe has a from scratch pudding filling recipe (linked below) but I cheated and used Jello pudding mix, with less milk to make sure it had a good fairly firm texture so it would hold up well for a filling.

For the cake:
3 cups all-purpose flour