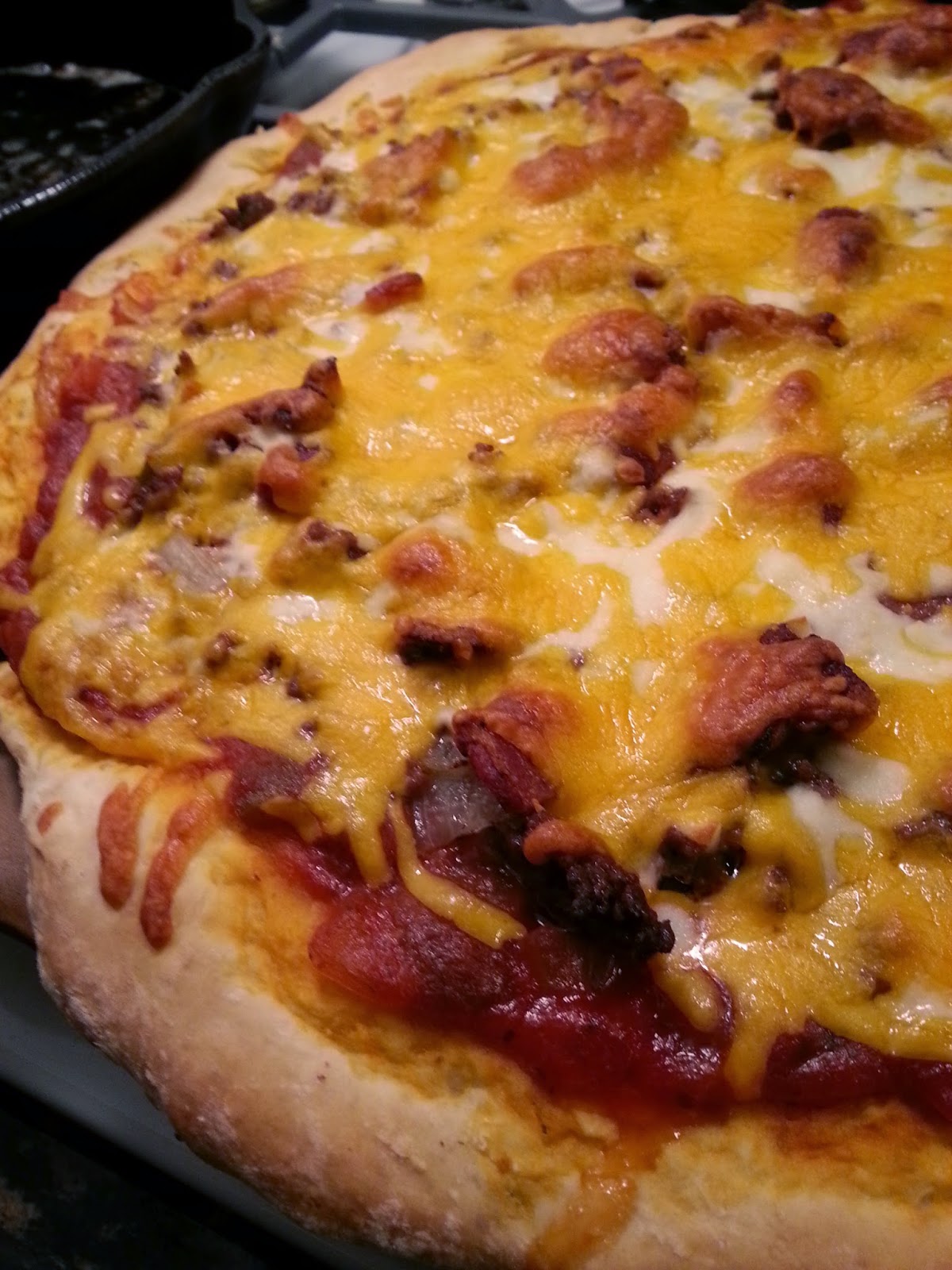 I came home from work on Thursday feeling wiped out and whiny. It has been a long 3 weeks with moving, working, and never a quiet moment. We are working or sleeping every single day of the week. We have one or two more big weekends of working on the Hiram house and then we can take a breather and slow down a little. It's a mad rush to get the house listed though, the sooner we can get out from under two mortgages, the better - and obviously we can't potentially sell the house until it's cleaned up and ready to be listed! Kenneth has spent time out there during the week to fix some of the little things up and get the spackling done in preparation for painting today. Kent and I will be working on hosting a yard sale to try to clean out some of the stuff we don't need or want to take to the new house, and then Sunday will be dedicated to cleaning. Scrubbing everything, vacuuming, steam cleaning and stain treating the carpets. It will be another big, busy weekend. The hope is that we will have enough done by Sunday to have the realtors come out on Monday or Tuesday to take pictures and get the listing set up. There will still probably be some smaller "to-do's" left, but nothing major, and Kenneth will continue working on those items over the coming week, and hopefully we'll finish everything up by mid-November. We have some repairs to do to the porch and deck, and some outlet covers to install, etc. Pretty small stuff.

Kenneth wants to swap out the dishwashers between the houses (we just bought the one that's in the Hiram house less than a year ago and really like it) - and is still working on getting his Bronco ready to relocate to the new house. Lots of little projects, and a few big ones left. We're getting there though!

I am looking forward to giving the house a good scrubbing this weekend and seeing it looking fresh and clean, and ready for a new family. :)

In any event, I was feeling whiny and tired. We had some ground beef thawed and were thinking about doing tacos but I had a craving for Papa Johns. However, we're trying very hard not to spend any extra money on things like eating out right now - so we decided homemade pizza it was. We were going to do a "throw whatever we have in the refrigerator on it and call it a day", but I decided a cheeseburger pizza sounded fun, and different! I've never made one before. Of course it's just ground beef, onion, bacon, and some cheddar cheese but it was really good - the boys devoured it and my son took cold pizza leftovers to school on Friday! This one got a big thumbs up and we will definitely use it again. Depending on how far you want to take the "cheeseburger theme" - you could even add cold sliced tomatoes and pickles to the top. I've seen some people even add chopped lettuce, but I'm thinking that would be a no at my house. 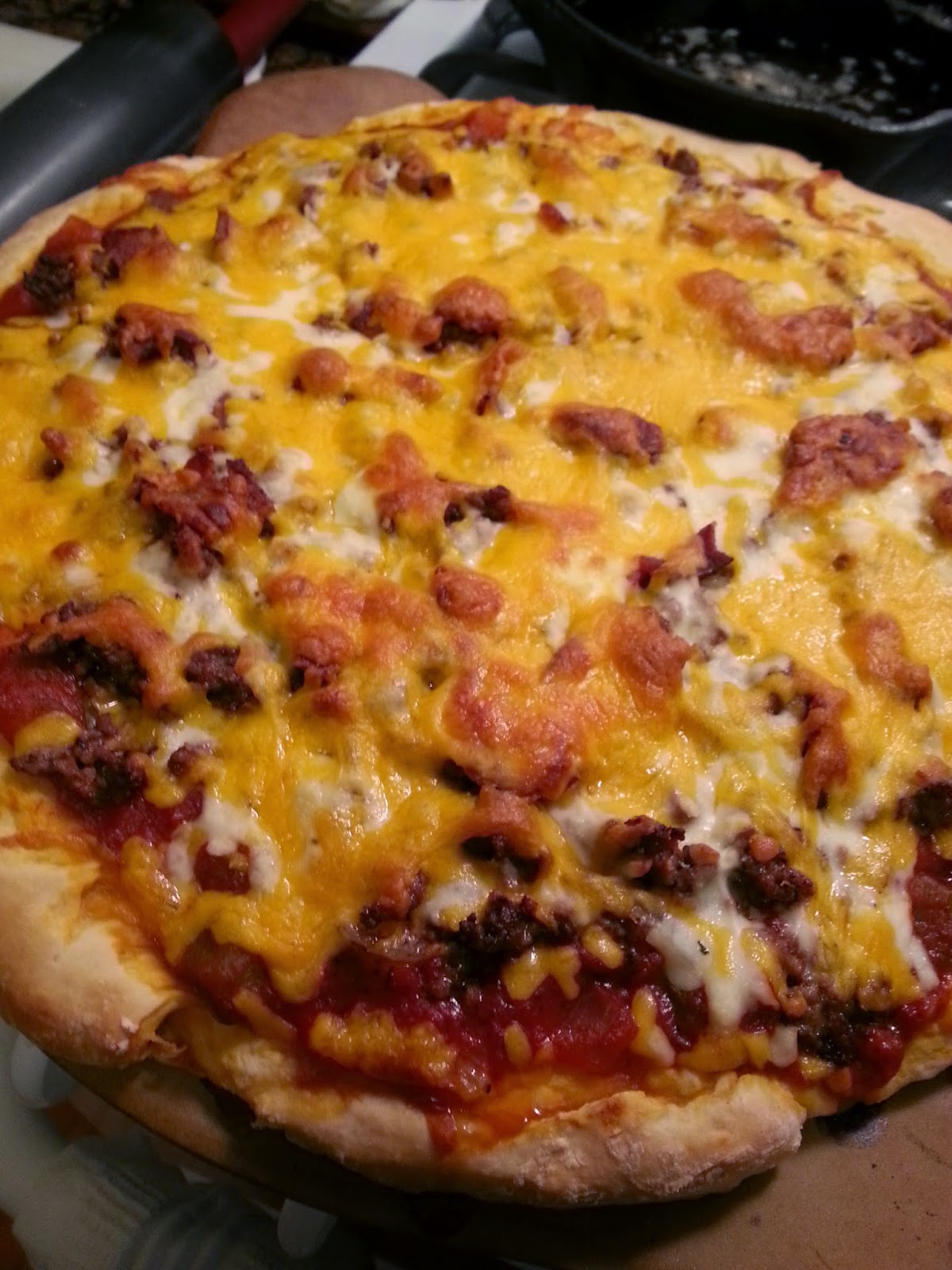 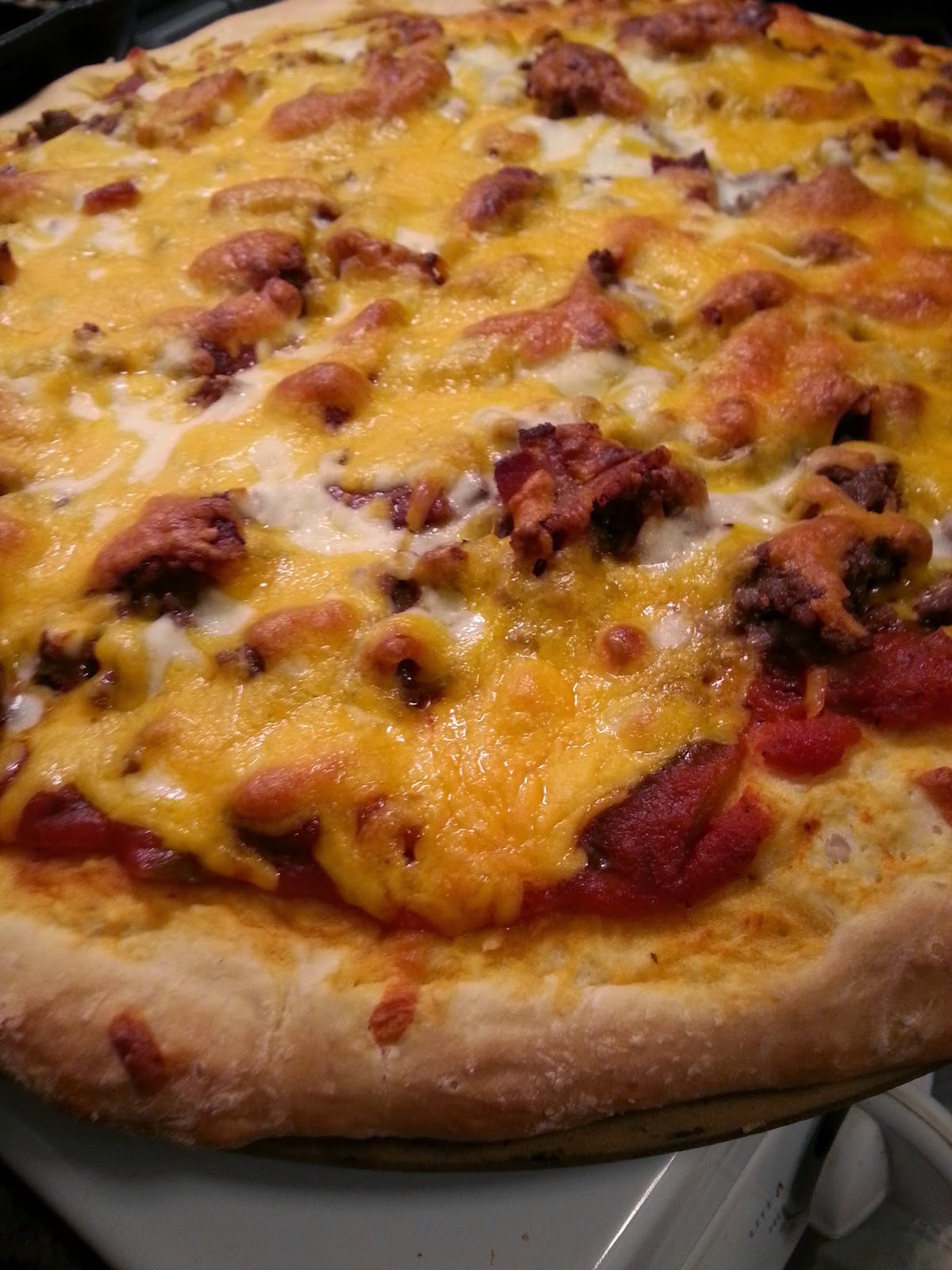