This is a delicious and tasty weekend breakfast treat! The potatoes got nice and crunchy on the bottom, but were still tender and soft in the middle. If you like them crispier all around I'd suggest extending the initial bake time to about 20-30 minutes until they brown on top too, and then add the meat and veggie filling. I used a yellow pepper, but think pretty much any color would work great for this recipe.

My husband thought this could use a little more cheddar cheese, and my son and I enjoyed ours served with a fried egg and some ketchup accompanying. I thought it was really tasty, and loved that this was almost completely cooked in one skillet in the oven (plus I just happen to love about any excuse to cook in my cast iron skillet)! 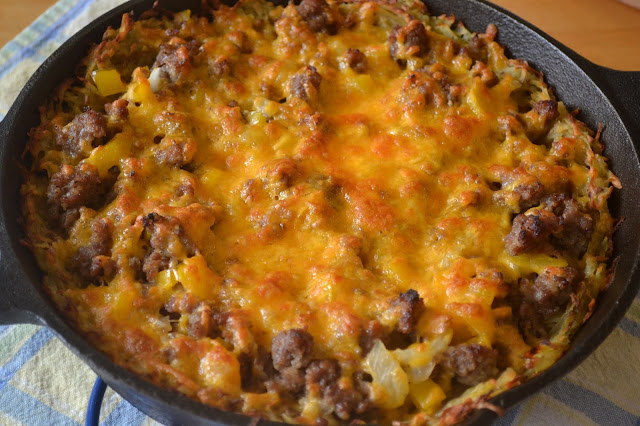