I saw this recipe on Pinterest and followed it over to Mommy Hates Cooking; I was excited to try it out for breakfast for the weekend! These are very tasty and I am a big fan of being able to whip up some donuts in my oven! I finally got to use my doughnut pan for the first time, and can't wait to try other recipes out with it. They were super tender in texture and the cinnamon sugar topping added a fantastic crunch and flavor to them. We would definitely make these again, though I'd double the recipe as my hungry boys downed the 9 doughnuts that came from this recipe in no time flat and looked like they both wanted more!

The original recipe said to bake for 10 minutes, but mine needed about 16 minutes per batch; so keep an eye on yours around the 10 minute mark just to make sure they're not done, but they probably need at least 15 at only 325 degrees. Even when fully baked, mine still had a slightly moist appearance, so be careful not to over bake. 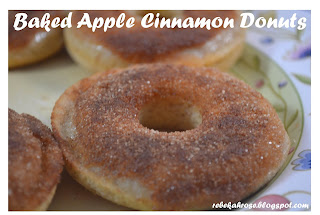 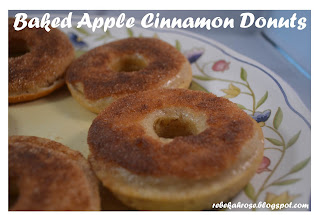 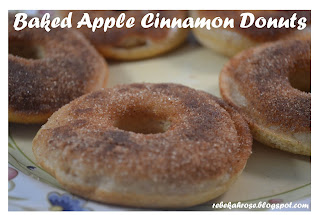