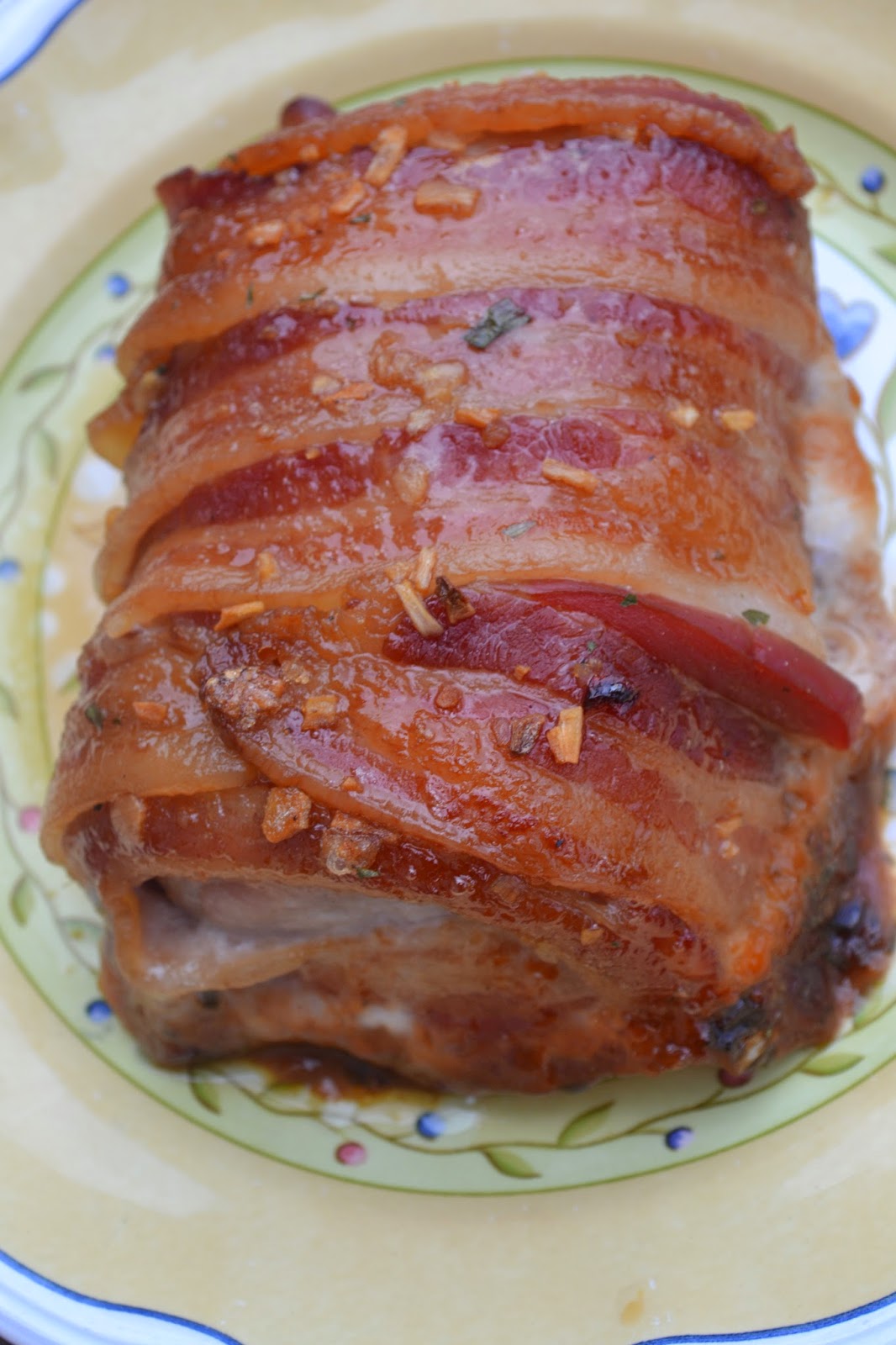 This is a DELICIOUS recipe. I tweaked it a little from the original by reducing the amount of soy sauce and the amount of meat called for (so there was more sauce / marinade for the amount I used). Make sure you slice the pork, or dice it up, and allow it to soak in the juices after cooking and / or drizzle over the pieces you serve. That's the best part! This was SO tender, and I really wouldn't change a thing. This received a BIG thumbs up around our table! Serve with some mac 'n cheese or mashed potatoes, and your favorite veggies and you're all set! Two hours at 300 degrees was perfect for ours - came out super tender and the bacon didn't get more than browned (if you wanted to crisp up the bacon you could set it to lo-broil a few minutes before serving, just keep an eye on it).

Jill’s Pork Tenderloin slightly adapted from Cooking with Christy B