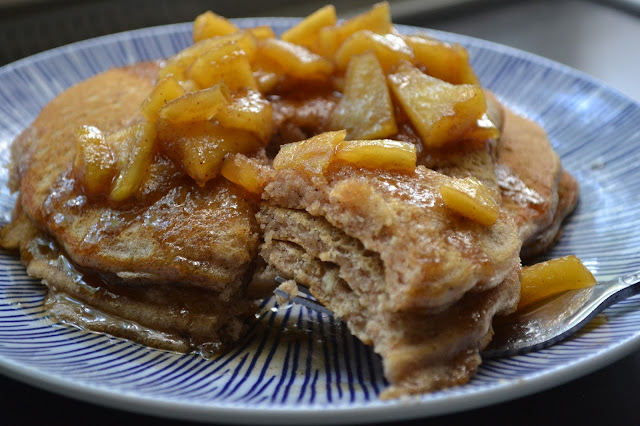 With the bounty of apples that is currently gracing my kitchen, apples are on the brain. I made a batch of apple pancakes on Sunday morning that did NOT come out the way I wanted them to. They had great flavor, but the batter was way too dense. I was determined to try again until I got what I was looking for, so I searched again for a recipe that had different proportions (the one I made first called for 1 cup of flour to 1 cup of milk, and I had to add flour to thicken up the batter or else it ran everywhere which resulted in the dense consistency). 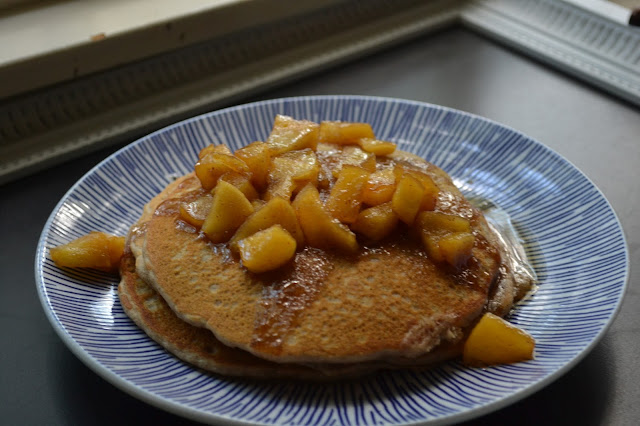 This recipe was absolutely a keeper. The pancakes were soft and light, and beautifully perfumed with cinnamon. The kitchen smelled amazing while this one was cooking! It smelled like fall, or what I imagine fall should smell like.

Light cinnamon kissed pancakes bathed in a warm apple maple syrup is happiness on a plate I believe. We served these up with some cheesy scrambled eggs and everyone left the table happy. My picky nearly 2 year old even liked the pancakes - though she ignored the apple. 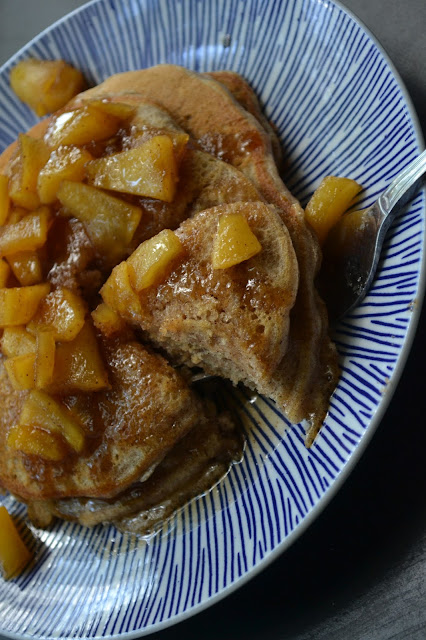