A month or so ago I received a bunch of pear's in my bi-weekly Farmer's Market Basket. I'm really the only one that eats them and they are only ripe for such a brief period of time that I ended up slicing them and putting them in the freezer until I could figure out a good use for them.

We got a few more pears in last week's basket and I was trying to think of what I could do with those and was browsing through a cookbook I haven't had the chance to use yet and found a Homestead Pear Crisp Recipe. I'm so glad I found it!! It was SO good!! The topping is like slightly crunchy and really tasty granola, and the filling was tender and perfectly seasoned and thickened with the add-ins. I had drained off quite a bit of the liquid from the pears and wish I hadn't so there would have been more bubbly "sauce" under the topping.

To get the pears ready, I boiled a large pan of water and put the frozen pears in skin-side down for about 30 seconds each and then peeled the skins right off of them. Definitely a little messy, but very easy way to remove the skins from frozen fruits! 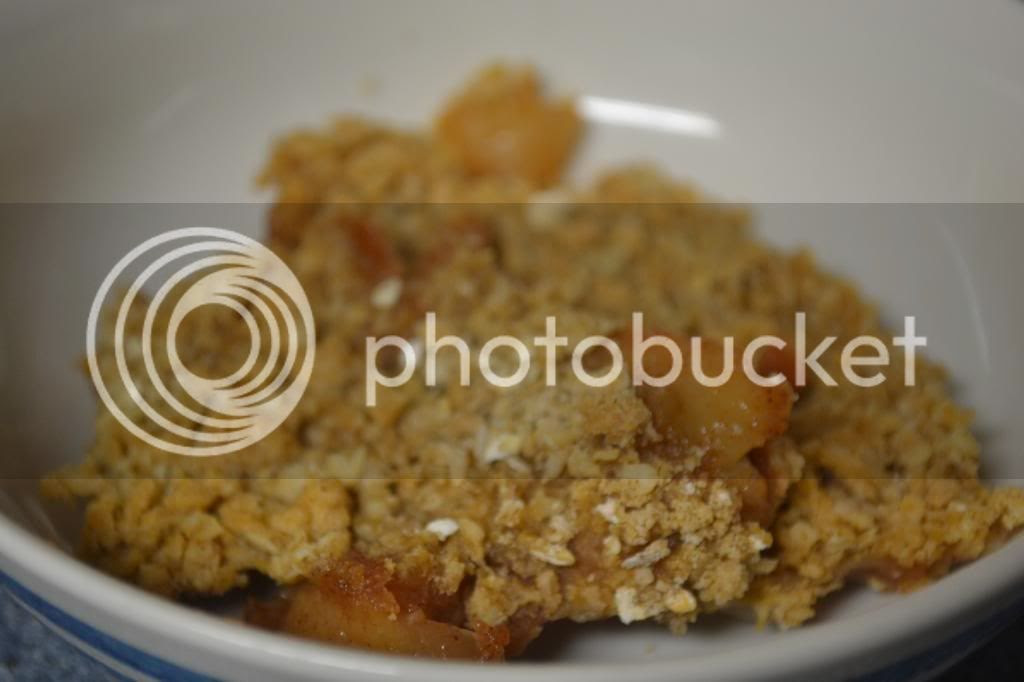