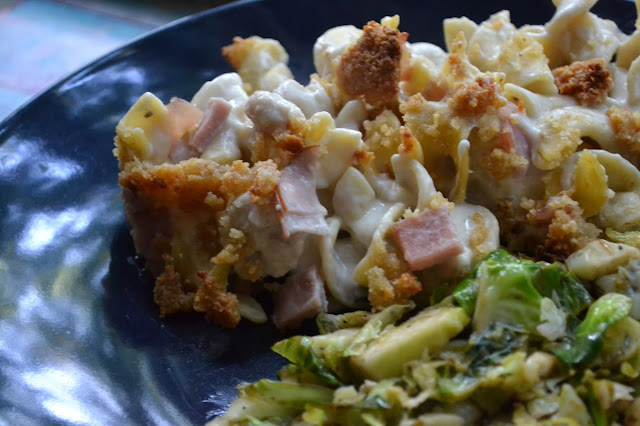 This is a fantastic weeknight all in one casserole dish that was creamy, cheesy, and very satisfying. Everyone ate this one up and gave it a big thumbs up. We used ham lunchmeat since that's what we had on hand, but it would be a wonderful way to use up some leftover ham. 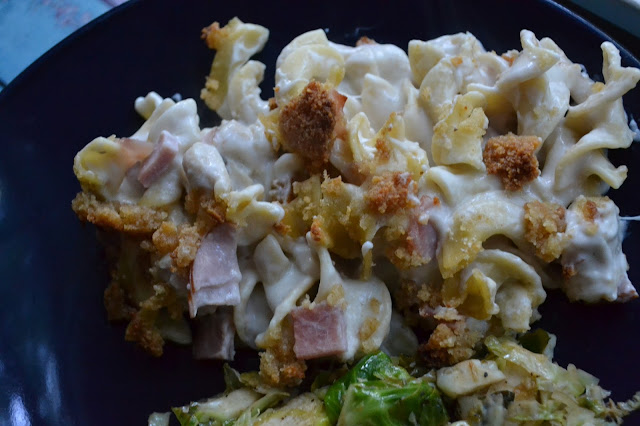 This casserole is an easy way to get the flavors of Chicken Cordon Bleu without the hassle of rolling everything together - just prep ingredients, mix it all together, top with seasoned bread crumbs and bake. In no time you'll have a bubbly hot comforting dinner ready to go. We served these alongside some very tasty lemon-kissed skillet cooked brussels sprouts. 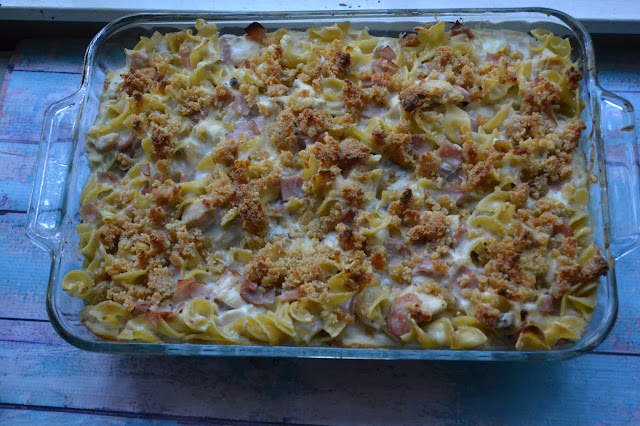 There's pretty much nothing I can think of that I would change, and for me that's saying a lot about a recipe. We ended up using a blend of cheeses, since we didn't have the full amount of Swiss, but agreed a stronger Swiss flavor would have been nice in this dish, so I would make sure I had that on hand before making again in the future. 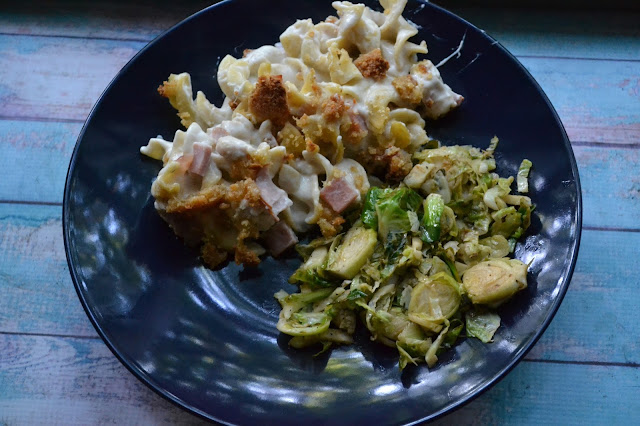 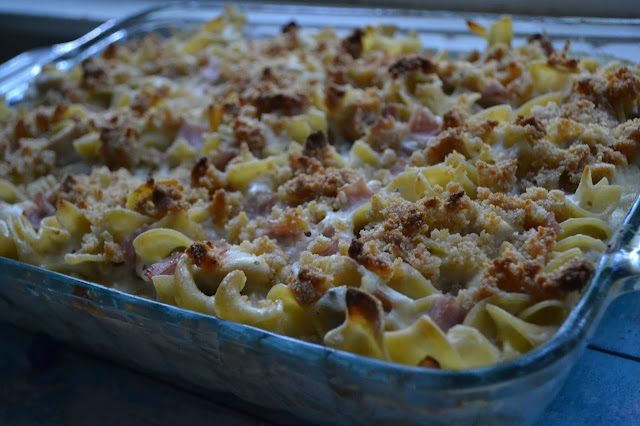